Moscow, ID – A dog who was inside the house where four University of Idaho students were brutally stabbed was spared by the killer. On Monday, the Moscow Police Department revealed the presence of the dog inside the house where Ethan Chapin, 20, Xana Kernodle, 20, Madison Mogen, 21, and Kaylee Goncalves, 21, were killed on November 13.

“On the night of the incident, officers located a dog at the residence. The dog was unharmed and turned over to Animal Services.”

The dog has since been turned over to a “responsible party.” The dog is believed to be Murphy, who belonged to Kaylee Goncalves, one of the murdered students. Her on-again/off-again boyfriend, Jack DuCoeur, is said to have taken custody of the dog following the vicious attack. 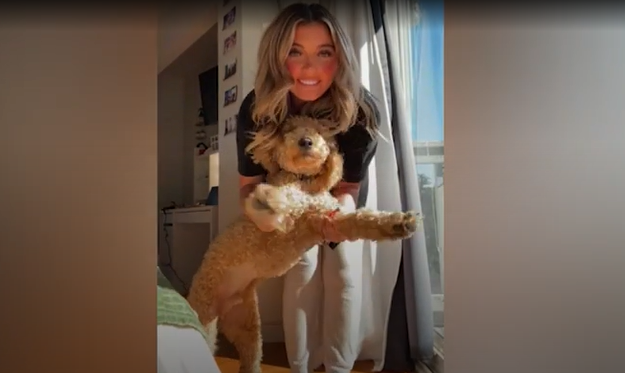 Friends, family, and the local community have been frustrated by the lack of information about the brutal murders. To date, there are no suspects, no murder weapon, and no known motive. The authorities were quick to state that it was a “targeted” attack, but they have since admitted that there is reason for area residents to remain vigilant, given the brutality of the murders. The authorities believe the students were sleeping when someone came into the home and killed them. There were other people in the home at the time who were unharmed; they have said that they did not hear anything.

Recently, the police have indicated that one of the victims may have had a stalker, though that information has not been verified. Anyone with information about this case is asked to call 208-883-7180 or email tipline@ci.moscow.id.us.

Rest in PEACE to these young people! I hope Murphy the Dog is doing well and is well LOVED,TAKEN CARE OF, HAPPY AND HELATHY!

GOD BLESS THE MURDERER FOR SHOWING DECENCY/HUMANENESS TOWARD THE DOG, BUT MAY HIS SOUL ROT IN HELL FOR MURDERING THOSE PEOPLE!!! RENEE CARIGLIA

Of course it is a targeted attack! How obvious! If the murderer left the dog alive then obviously they are not killing just for the love or sake of killing. I hope the dog is in a very good home with lots of love.

One bit of good news about the dog. Weird that more info on the suspect isn’t present.