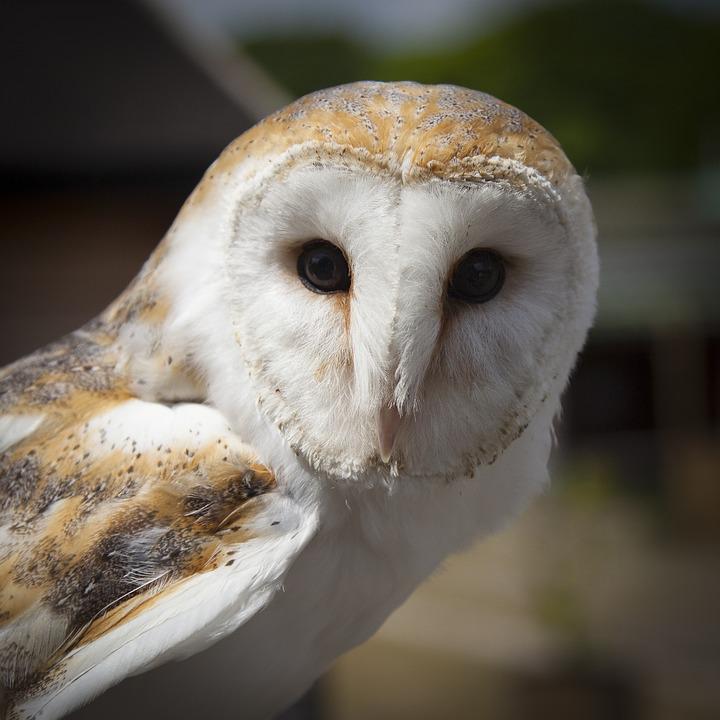 A Johns Hopkins University researcher will no longer be allowed to conduct cruel experiments on owls after a license was revoked following a complaint from PETA. According to a news release from PETA, the Maryland Department of Natural Resources (MD DNR) has revoked the permit that allowed JHU experimenter Shreesh Mysore to carry out pointless attention deficit disorder (ADHD) experiments on owls. 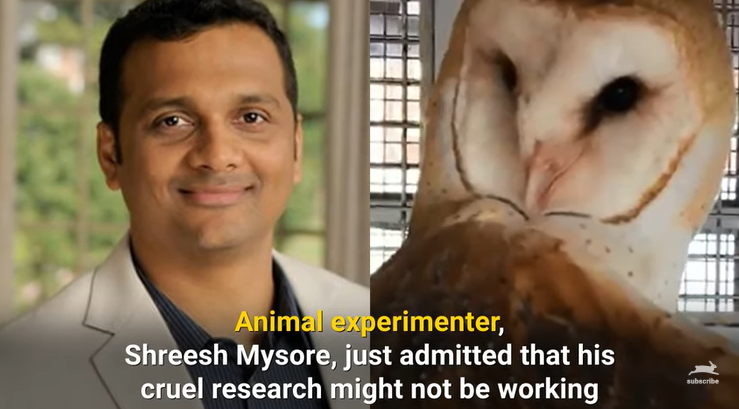 PETA started a campaign against Mysore’s ADHD research, pointing out that the invasive experiments “contributed nothing to treatments for humans.”

The animal-welfare agency revealed what the owls were subjected to in the experiments, that took place allegedly without proper permits, between 2015 and 2018:

(the experiments involved) cutting into barn owls’ skulls, implanting electrodes in their brains, forcing the birds into plastic tubes or jackets so cramped that they can’t move their wings, clamping their eyes open, and bombarding them with sounds and lights for up to 12 hours.

“Now that Mysore has literally lost his license to kill, owls will no longer die for experiments that leave them brain-damaged and suffering. This should end the atrocity on owls, and PETA is calling on NIH and Johns Hopkins to make it official.”

Another sick bastard creep hiding behind a medical degree to torture animals. What he did to those owls was criminal and benefited no one and nothing – not that that is even any excuse to torture living beings, with other ways of doing experiments that don’t utilize animals. And what the hell was wrong with Johns Hopkins that they allowed this in the first place???
Plenty of mentally sick criminals who used AK-15’s to kill school children to experiment on.

Thank you Jesus!!! Your comment is spot on!! Thank you!!

he was probably a Fauci follower. another sick worthless slob that brought pain and suffering all around the world with his bullshit research. the things he has done to monkey’s, beagle pups and even children all in the name of some more liberal quackery.

This should not be political discussion it’s about torturing animals!

What the Hell is wrong with you?!

What the hell is wrong with you?????????Fauci uses Beagles for “research”.

He just wanted his salary..who pays for this barbaric research?!!

Anti-vivisecionist from a family of them. I would never want any procedure or drug derived from the suffering of innocent beings. Get educated, people! There is so much you do not know about your “health care.” Make INFORMED choices.

Shocked that Johns Hopkins would permit such a Horrific study to be done on owls.
SHAME ON JOHNS HOPKINS!!!

as long as the pharmas get funding for their “eperiments” they will turn a blind eye to the cruelties these poor animals endure for the sake of science.

Remember — these experiments are UNNECESSARY — they prove NOTHING — they ALL do it for the MONEY — the depraved cruelty, hate, disrespect for Animals is obvious.

Our country has enough sick minded idiots – we don’t need to be “importing” more of them. Send this brainless, heartless slug back to wherever he came from.

Sorry folks this is political!!! OUR GOVERMENT can stop these horrendous CRIMES!! Most scientist are LEGAL SERIAL KILLERS!!! OUR givermnet must put a stop to all these so called TEACHING schools experimenting on animals. This is about money! And these sick scientist do not even care the torture of these innocent sentinel beings! They only care about the money!!! Humans are the worst breed on this planet!!

I often wonder about the mentality of people who can do such gruesome and barbaric things to animals in the name of research. People such as this Dr. Mengele (a doctor who did horrific and unnecessary experiments on Jews and other during the Holocaust) are especially loathsome.

You SAID IT! — Remember — these experiments are UNNECESSARY — they prove NOTHING — they ALL do it for the MONEY — the depraved cruelty, hate, disrespect for Animals is obvious.

How on earth did this barbaric experiment even get started?

He should lose a lot more thank his license!

Thank God he was STOPPED — the purpose of NEEDLESS research on Animals is to MAKE MONEY — the depraved cruelty, hate, disrespect for Animals is obvious.

Another sick psychopath, only with a degree. Just as bad as the low-life scum that abuse animals but hidden behind so-called science. He should be tested on for experiments. All the sickos with a PhD can test each other and their families. It’s for science, after all. Be a sport ol’ chap!!
I have ADHD, and my grandson does, plus he has high-functioning Autism. We have one old crow in the family, that’s me, but no owls!! I positively assure you!!!
I cannot understand how, evan as a medical professional for over three decades myself, why testing for humans isn’t used on humans. Terminal people may choose to do this, and do with chemo testing studies voluntarily!! Or criminals that are NOT leaving corrections for life, may choose voluntarily. Or the most heinous humans, shouldn’t get a choice, which with social media and cameras everywhere shows EVERYDAY what mankind has become. And yet we still say ‘innocent until found not guilty’. 🙈🙉🙊🤬☠
I always will struggle to see why such tests are EVER performed on animals for the good of mankind. We are quite different creatures. Mankind appears to be self destructing rapidly, taking all other existence, along with the planet as we once knew it, with greed, overused natural resources and overpopulation.

YES! But loosing his licence is not enough for that evil scumbag! KILL THAT SICK SADIST!!!! He belongs in hell ASAP!!!