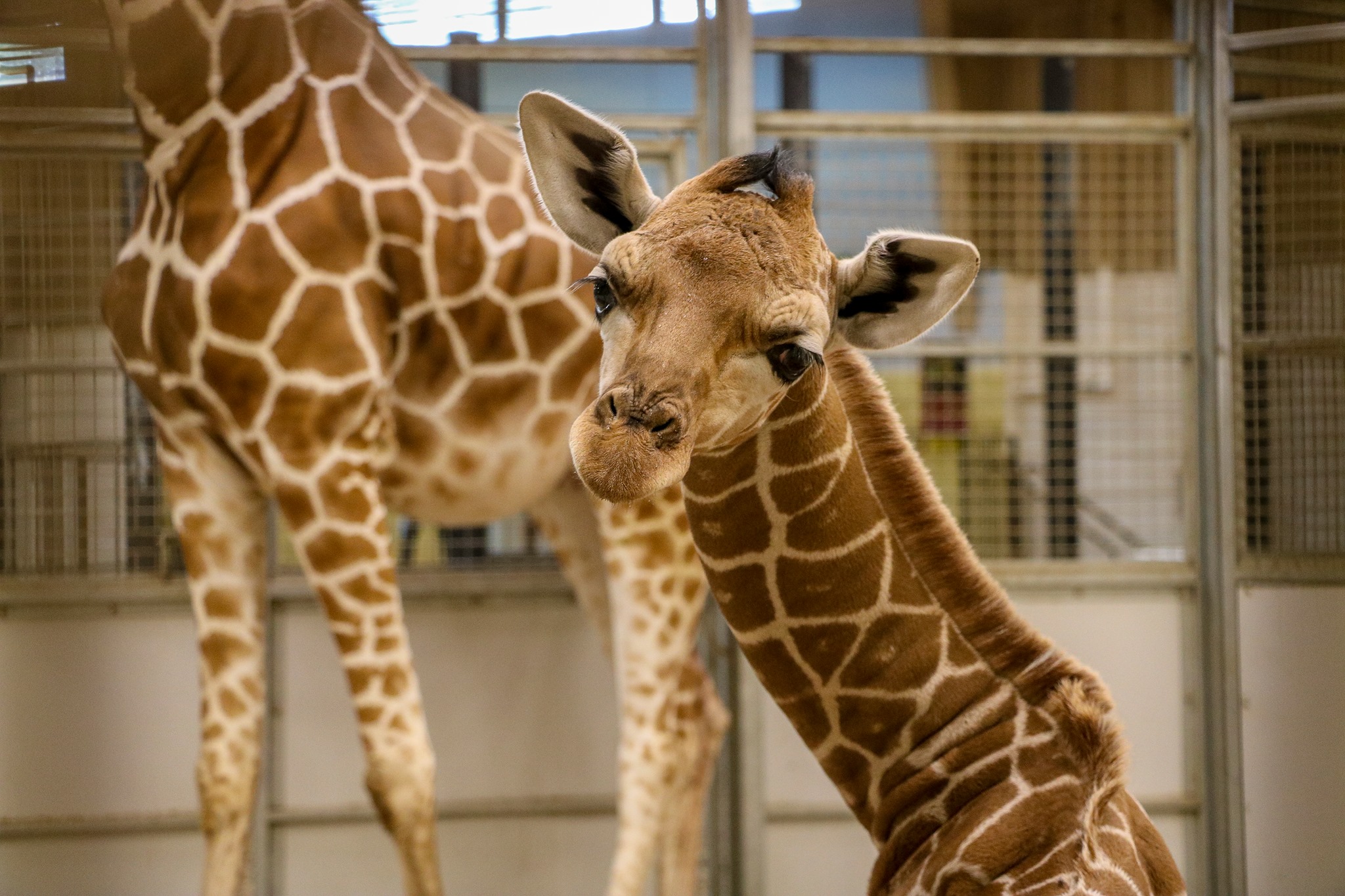 Betty Francis, a 10-year-old giraffe living at the Henry Doorly Zoo in Omaha, Nebraska, recently delivered a precious baby who has not yet been named. The Henry Doorly Zoo made the announcement on August 3, outlining the pertinent details for Facebook fans:

It’s a boy! Betty Francis, our 10-year-old female and first-time mother, gave birth to a calf this past Saturday, July 31, at 11:03 a.m. The calf was born after a 15-month gestation period and stood on its own about an hour after its arrival.
Betty and her calf—who will be named this fall at the Zoofari 2021—can be seen in the Syd and Betty Cate Giraffe Herd Rooms in a separate area before they are introduced to the rest of the herd in the coming weeks.

The zoo said that this is the first calf born since April 2019, and the fifth calf sired by 12-year-old Jawara. The zoo now has 10 reticulated giraffes, and stated that they all “serve as ambassadors for their endangered wild counterparts.”

The zoo provided stats about the number of reticulated giraffes who are in Africa, writing:

Currently, there are about 11,000 – 16,000 reticulated giraffe remaining in Africa. The Zoo supports the future of these animals by partnering with the Giraffe Conservation Foundation, the only non-governmental organization in the world that concentrates solely on wild giraffe conservation across Africa.