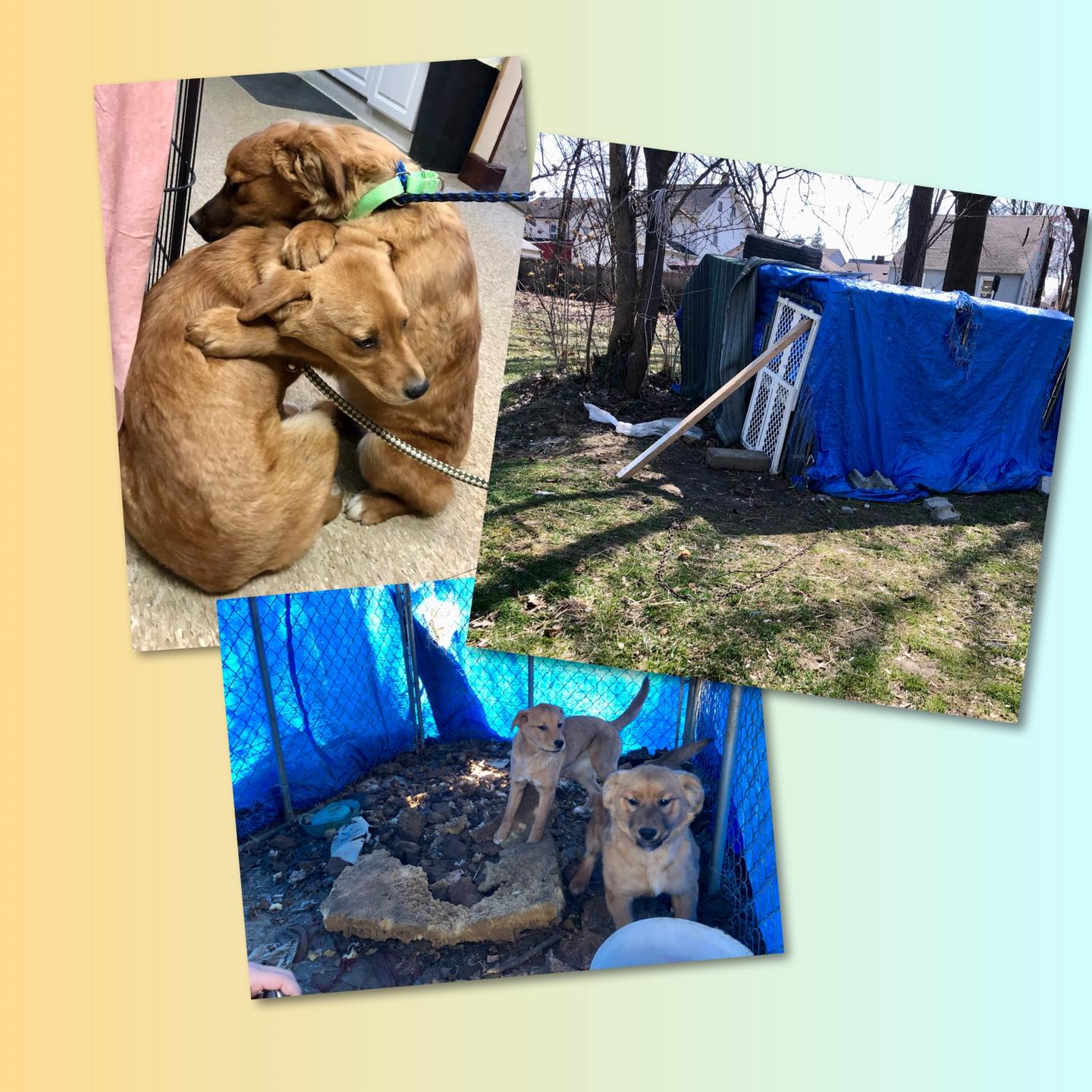 Lake County, Ohio – A trio of dogs, rescued from conditions described as “deplorable,” are getting a second chance at a good life after being adopted. The dogs, a mother and two pups, were rescued in March from a yard in Youngstown – the Animal Charity of Ohio recounted the situation:

Thankfully a concerned citizen called YPD today after seeing 3 dogs, a mom and 2 puppies hidden from view on the southside of Youngstown. They immediately called our humane agent to investigate.
Our humane agent arrived and removed all 3 from the deplorable conditions they were being housed in.

Because the dogs had been isolated, they were frightened and lacked social skills. A photo of the hugging puppies revealed the depth of their fear.

But time, patience, and love have paid off. As reported by WKBN News, the trio was recently adopted from the Lake Humane Society.

(Image via Facebook/Animal Charity of Ohio)

HAPPT DANCE TIME FOR MAMA DOG AND HER 2 PUPS!

People make me want to commit murder. This is a huge reason I love animals more than humans. Most people are hurtful, terrible humans ( and I hate to call them humans)

I will never say that nonhuman animals are perfect but I understand your desire for violence.l used to think I could never hurt anyone but when i started being involved in activism for animals that changed for me.

I understand — BUT — THANK YOU TO ALL who intervened for these DOGS — without you, they’d still be miserable — this is NOT LIFE — thank God, Doggies are now with great People

Thank you LORD!!!! May all suffering dog find the same happy ending!!!!

These siblings should have been adopted together and stayed together.

Pray good 2 pups and mama are save yaya amen

Happy to hear they weren’t harmed.

Those poor sweet babies. I’m so glad they were rescued and have been given the chance at a better life.

So happy that everyone is in their own furever home.

THANK YOU TO ALL who intervened for these DOGS — without you, they’d still be miserable — this is NOT LIFE — thank God, Doggies are now with great People