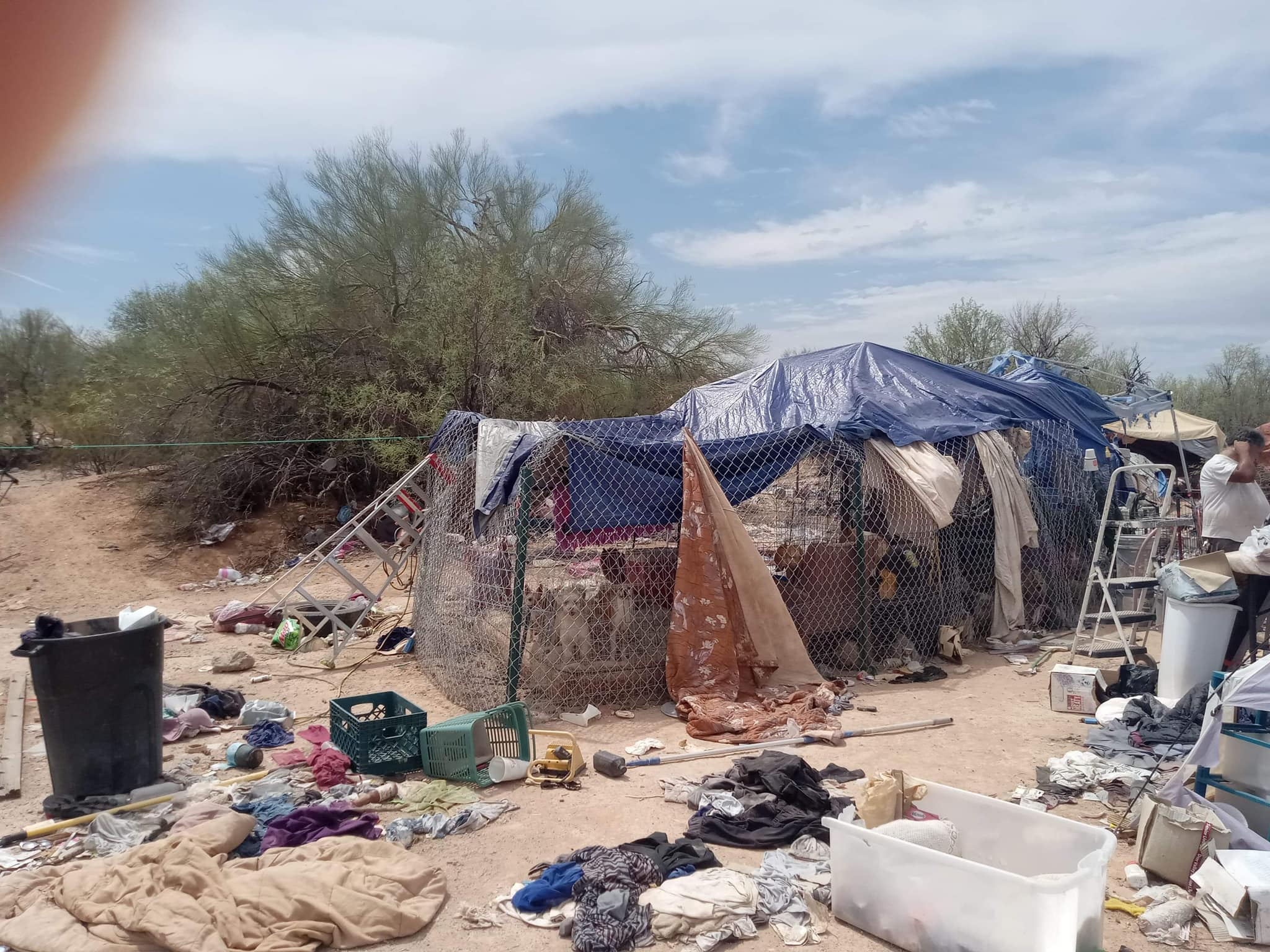 Surprise, Arizona – A staggering number of dogs was taken in by an Arizona rescue group that received a desperate plea for help from the transient community. Sky Sanctuary Rescue described the situation in an August 17 social media post, writing:

It’s not often that members of the transient community reach out begging for help but when this family ended up homeless, in the brutal heat of the desert with the 150 animals they were so desperately trying to keep alive in the Arizona monsoons, we knew we had to help. 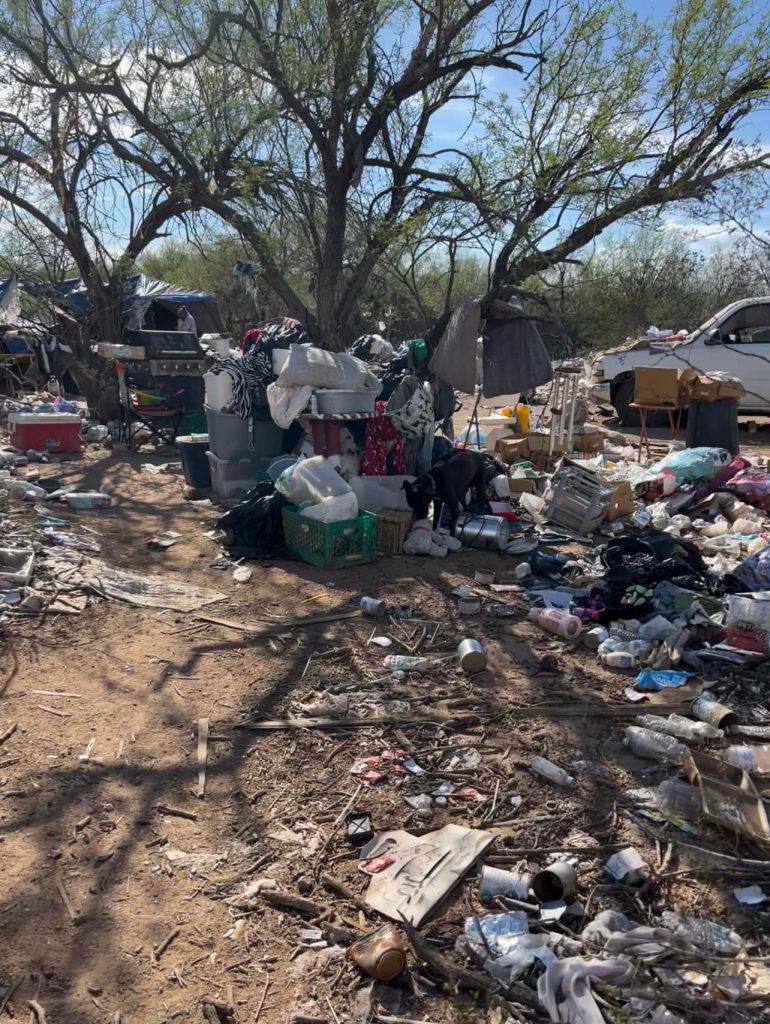 Rescuers were met by an overwhelming scene. Dozens and dozens of dogs and puppies were houses in the midst of trash. The animal welfare agency said:

We’ve never experienced anything like that. Standing in the middle of the desert in 110 degrees with over a hundred vulnerable dogs staring back at us, jumping into our van to escape the heat… and knowing we could only help some of them. 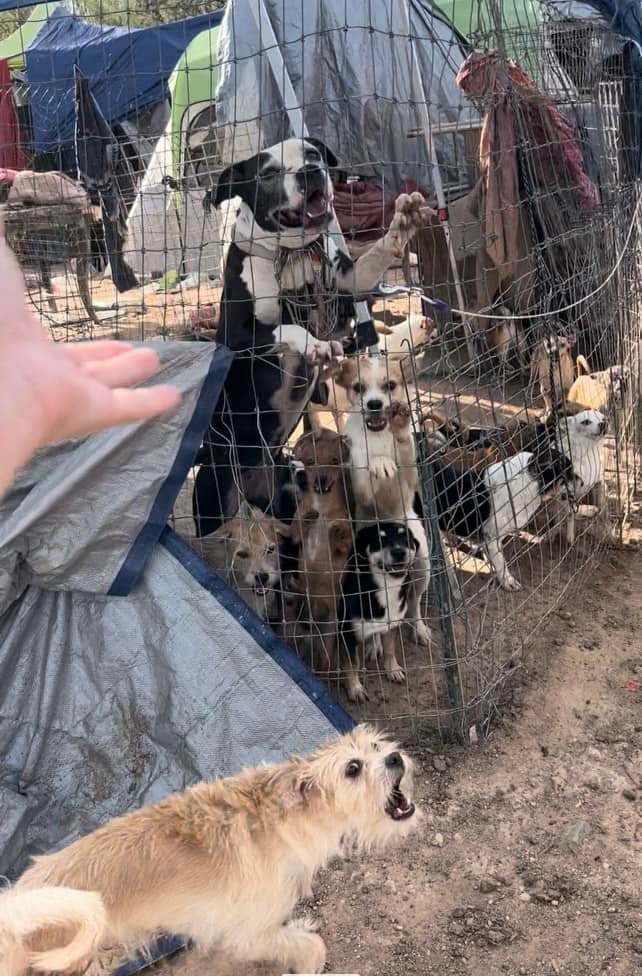 “Surprisingly enough, you could see they did the best with what they had to really take care of the animals, especially living in these conditions,” Smith said. “I think that was their comfort…knowing they had their animals, so knowing after we left and took the animals that they were out there in the silence in the desert by themselves, it’s really sad.” 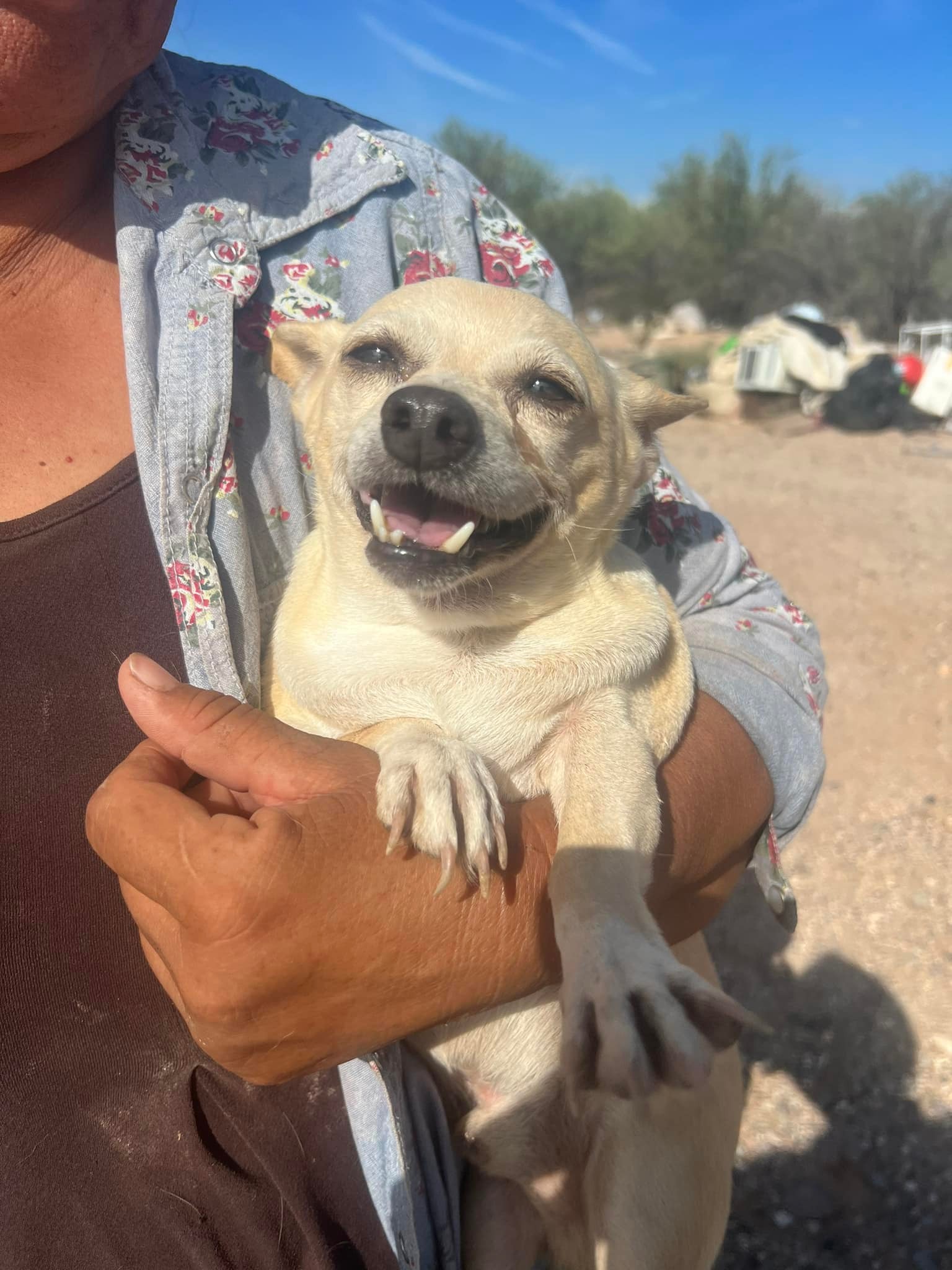 The animals not taken in by the sanctuary were removed by the Maricopa County Sheriff’s Office MASH Unit and all are receiving care.

You can make a donation to the rescue group at this link.

People interested in adopting or volunteering can apply here.

these people did the best they could. their love of the animals was obvious but they were homeless as well. so i hope that maybe now someone can give them some help as well.

but 150? were they a rescue? sounds like hoarders, but good thing they asked 4 help

It is possible that they were homeless because what money they may have had was used in taking care of the dogs the best that they could. Maybe since the dogs are no longer with them, they can return to a living space.

I agree with your comment.
“It is possible that they were homeless because what money they may have had was used in taking care of the dogs the best that they could. Maybe since the dogs are no longer with them, they can return to a living space”.

Did anyone think of helping the people too

The Transient Community is wonderful — to share, the little of the essentials they had, with the Animals — moreover, being overwhelmed and reaching out to Rescue Groups for help is even more fantastic — THANK YOU to all the Humans who are keeping Doggies alive — you’re the BEST.