Firefighters Save Puppy Who Fell Into Septic Tank 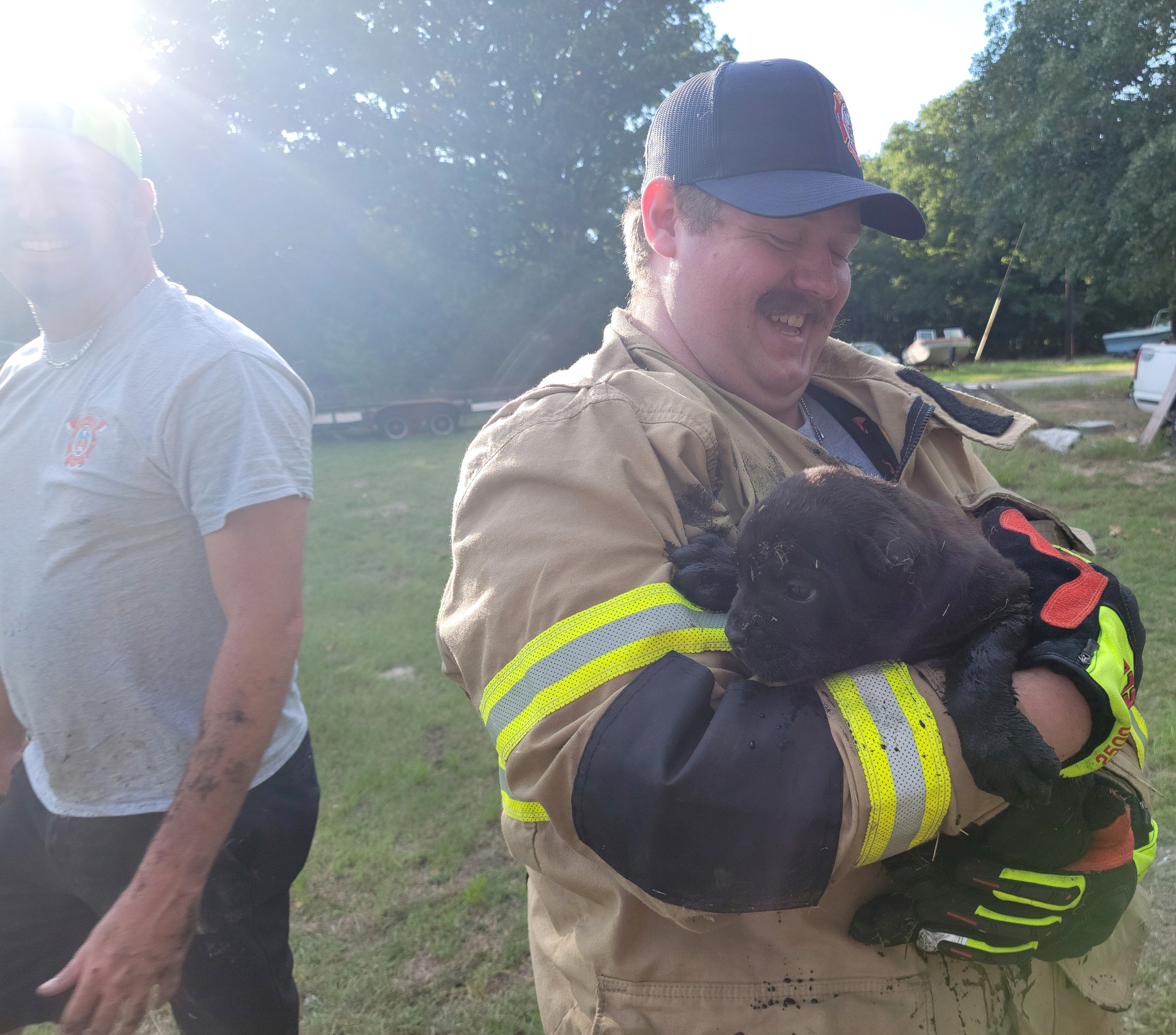 Terrell, Texas – Earlier this week, volunteer firefighters in Terrell, Texas, were called out by a resident who needed help retrieving a puppy who had fallen into a septic tank. According to the Terrell Volunteer Fire Department, the call for help came in at 6:17 p.m. on June 1.

Within seven minutes, firefighters were at the home on County Road 301. They discovered that the puppy was approximately 4 to 5 feet down in the tank, and the opening was a mere six to 10 inches wide.

The department described how they executed the careful extraction:

Firefighters used some of our equipment and some metal that was available and devised a snare system that could reach the pup, safely encircle him, and bring him through the top of the tank. 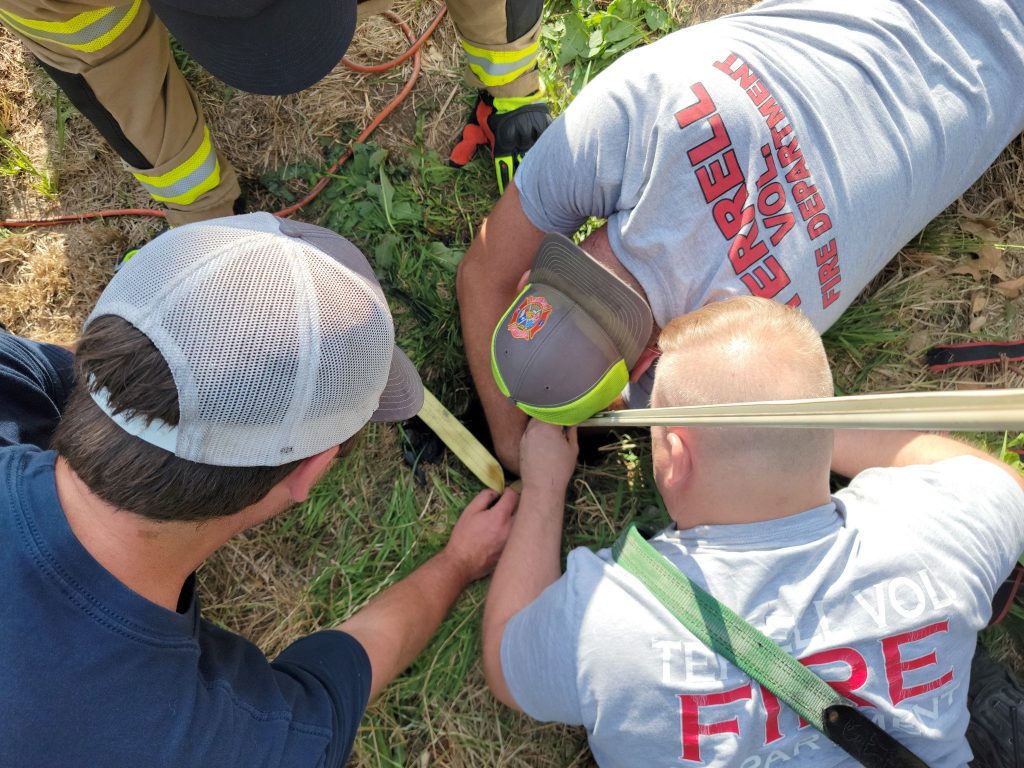 The skilled rescue team had the wet and smelly pup safely out of the hole in less than 30 minutes; amazingly the pup was uninjured. 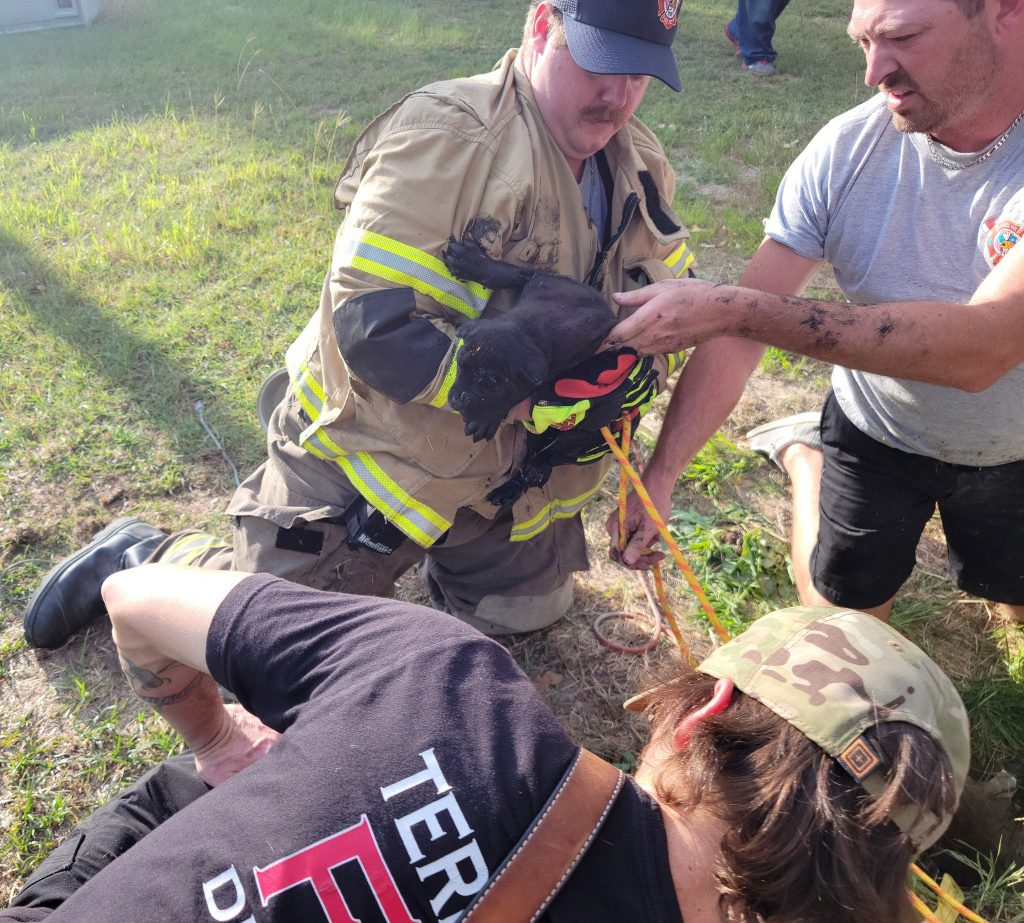 The volunteer fire department commended the firefighters who took part in the rescue effort, and explained how their skill set led to a successful outcome:

We always say that our strength is our members – especially their diverse backgrounds and highly varied knowledge. How fortunate was it that 3 of the firefighters on this call have worked professionally installing and maintaining septic systems? And, for one new probationary member, this was his very first call – he completed his background check and was added to our roster mere hours before the call.

The opening to the septic tank was covered to prevent any future problems.

Lucky puppy to get out of there! Was there no cover on it?

Thank you firefighters and rescue.

Thanks to these good, caring firefighters! You are certainly heroes ♥️