Firefighters Save Litter Of Puppies From Burning Shed 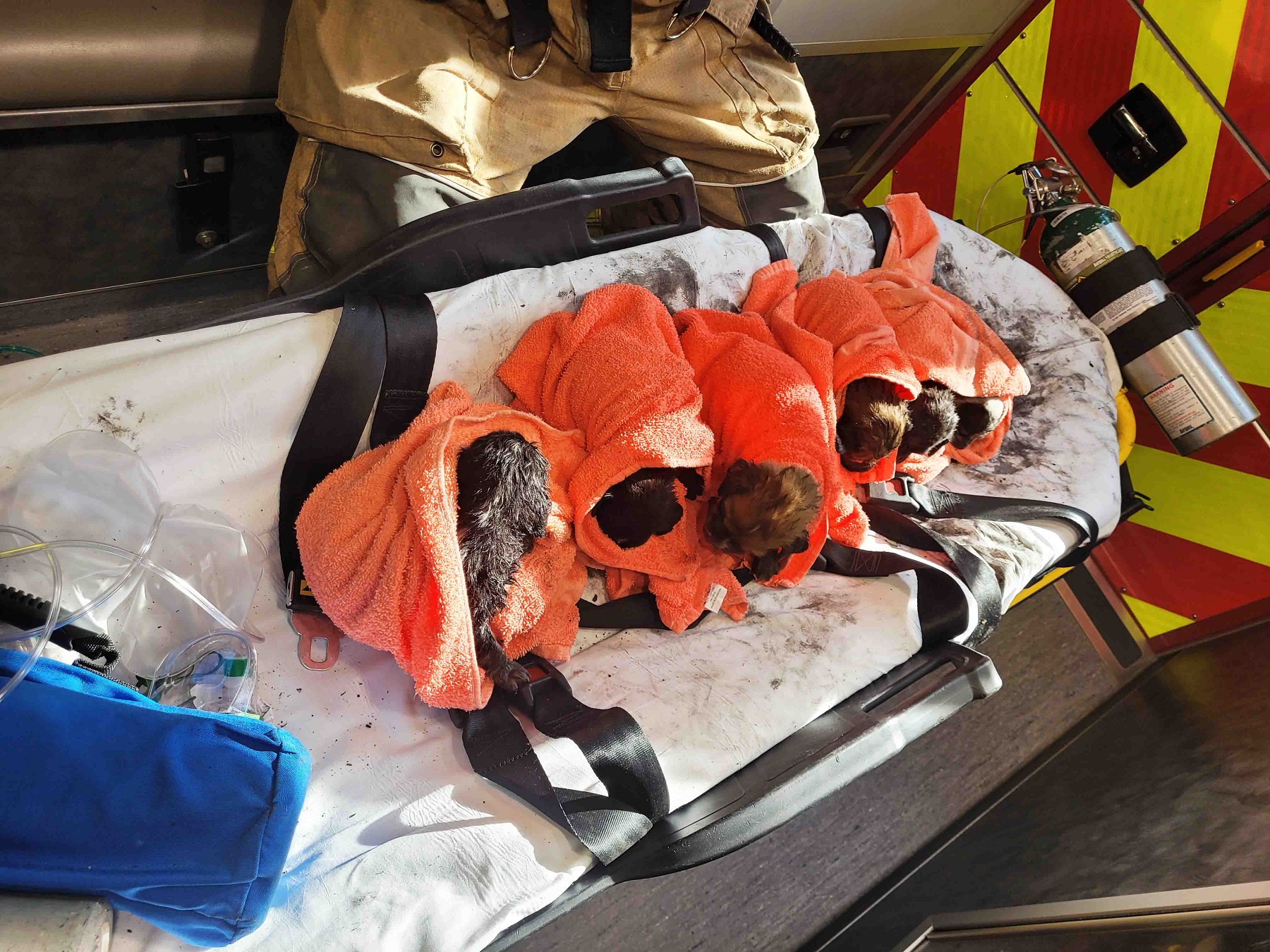 Days ago, an entire litter of puppies was saved by firefighters in Colleton County, South Carolina. The pups were discovered beneath a shed that was fully engulfed in flames in Jacksonboro. 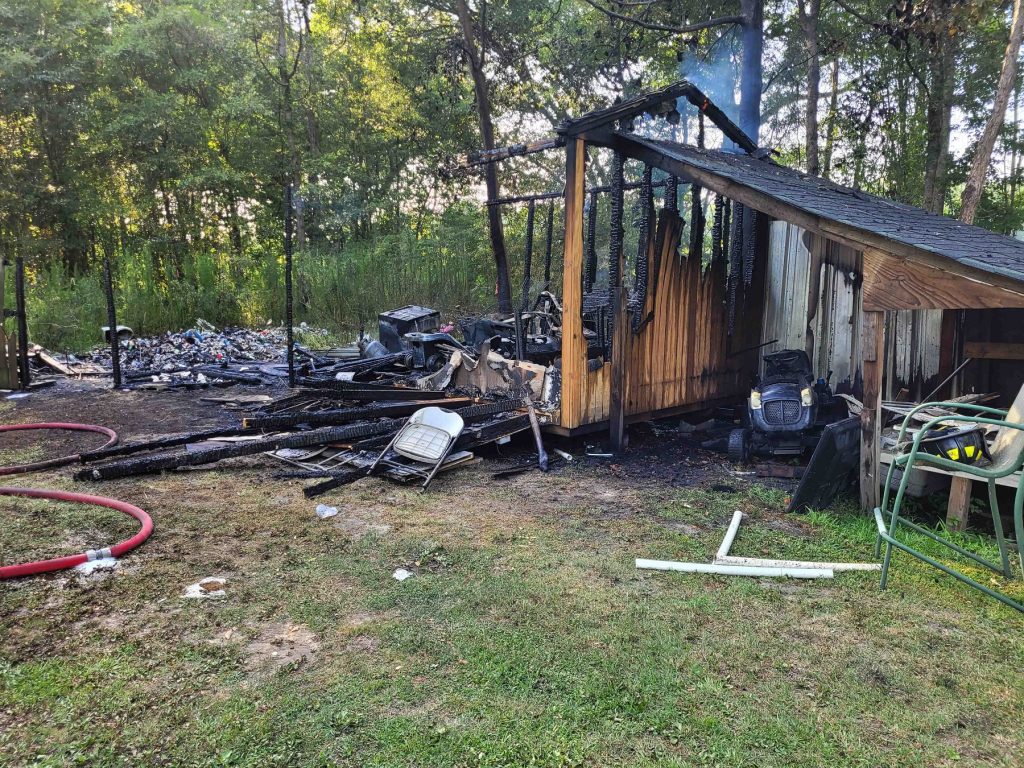 In a news release, the fire department recounted the situation:

Engine 2 arrived to find the storage building well involved. They deployed two handlines to control the yard fire and the building fire. While firefighters were working to extinguish the fire, they heard a loud whining noise coming from the storage building. Upon investigation they found seven puppies under the burning building and rescued the pups. Firefighter-Paramedics moved the puppies to Fire-Rescue Medic 6 and began treating them for smoke inhalation. 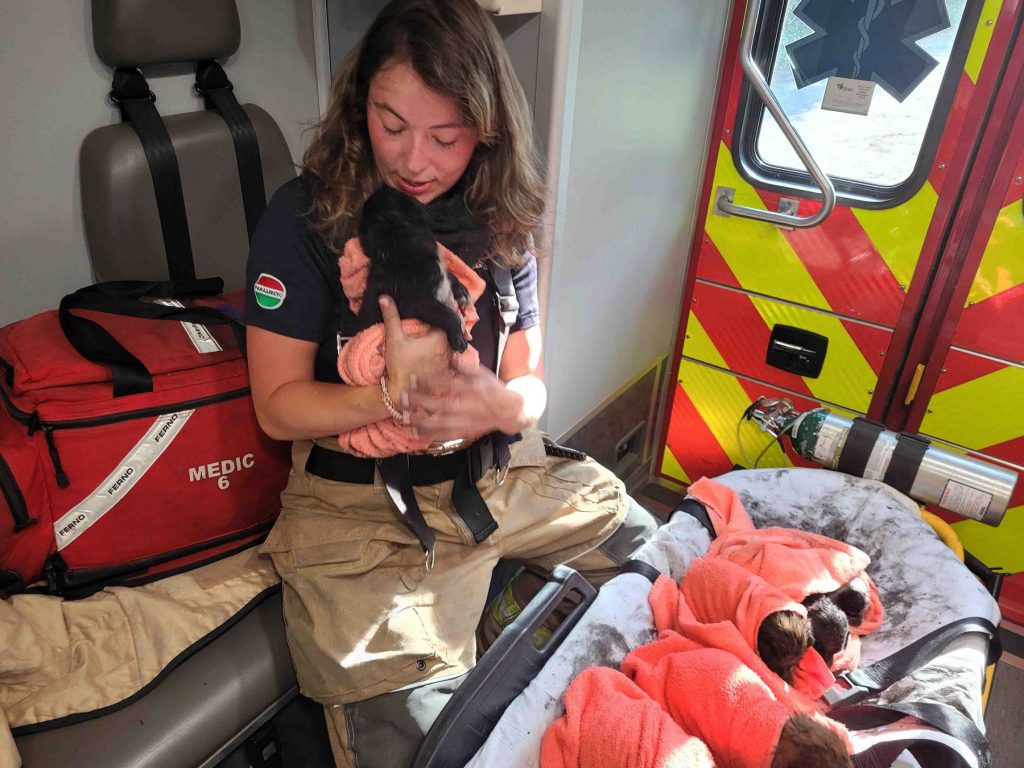 All of the puppies managed to not only survive, but escape being burned. The homeowner had no idea that the puppies, born to a stray dog, were underneath the shed.

Colleton County Animal Services took custody of the puppies and then turned them over to a rescue organization. On Friday, the animal welfare agency said:

We are happy to report that all puppies spent the night with Officer Preacher and her family where they received baths, snuggles and some good food before resting in a safe place. They were transferred to a rescue group the next day, as they are very young and will require more care than we can provide at the shelter for several weeks. And on a very happy note, one of the fire fighters and his family are adopting 2 of the little pups when they are ready to leave their siblings.

According to the shelter, efforts are underway to try and catch the puppies’ feral mom.

Awesome job firefighters 👍 thank you all for your service

why were these sweet babies in a shed to begin with? sounds like they do not deserve any animals

The post says they belonged to a stray dog, and the homeowner was unaware they were there…

Read the entire story before you make comments or assumptions.

There is the possibility that the shed was set on fire to kill them all? Although I would have been inclined to call someone after finding them. Nothing is known about the people who owned the garage/shed where this “accident” occurred. The story isn’t clear on that part. Please. Please feel free to copy said information to here if it is in the story. I read the story which said its believed that it was a stray dog that gave birth

They were under the shed and from a stray dog if you read it.

Thank you so much for saving these precious souls!! 🙏🙏❤️❤️

Please look for the momma dog