Firefighters Save Baby Deer From Being Struck On Road 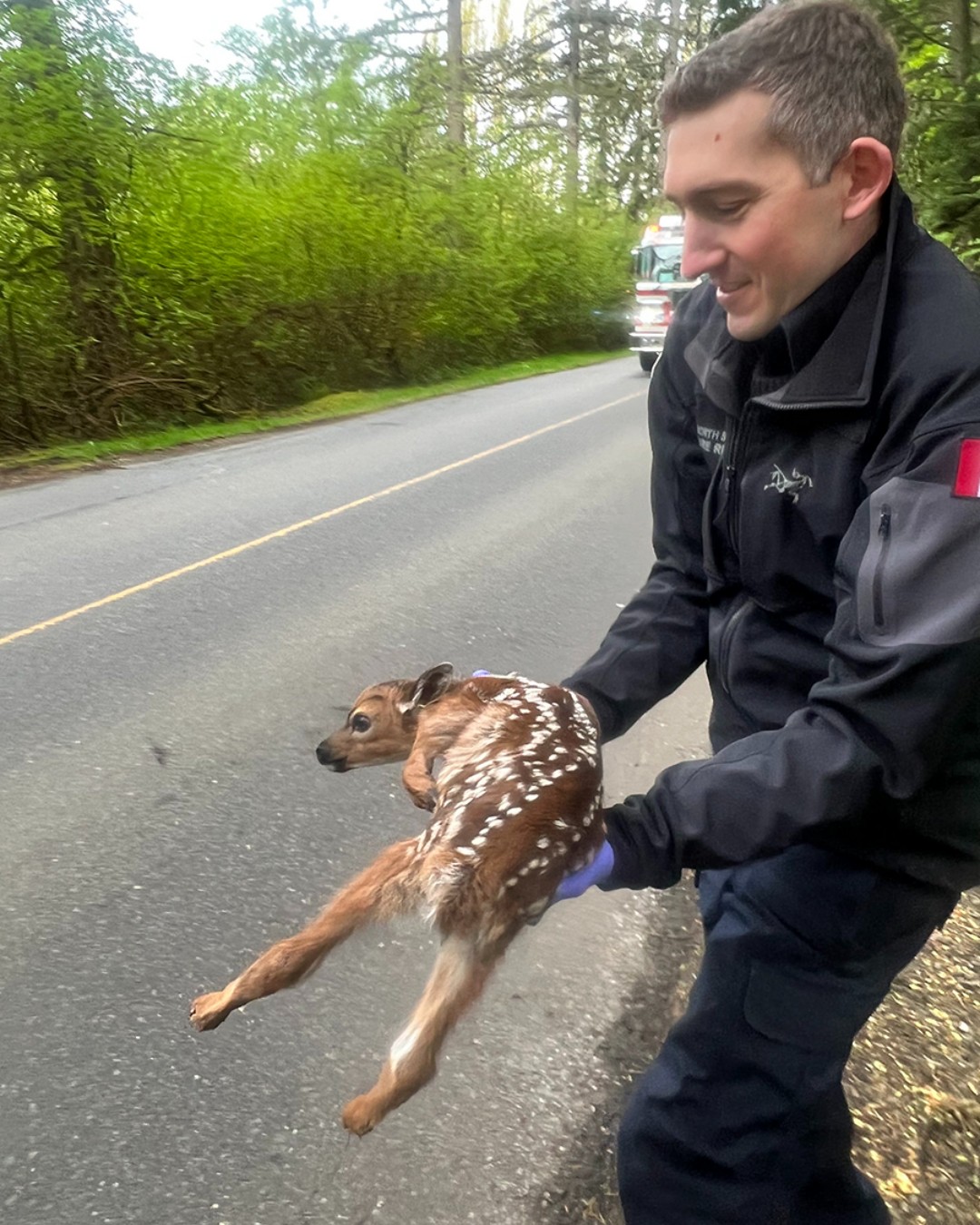 North Saanich, BC, Canada – Two baby deer, weighing just a few pounds each, were saved from being struck on a roadway in British Columbia last Friday. The North Saanich Fire Department shared the rescue effort with social media followers. 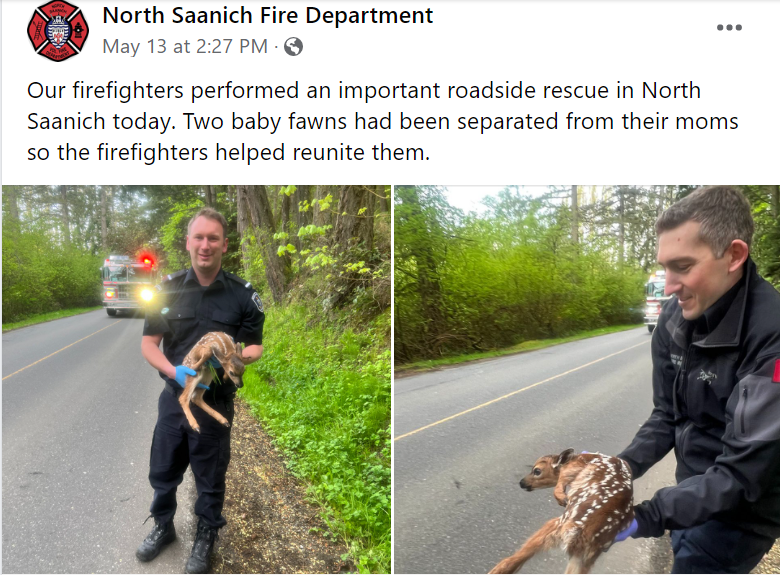 The fire department was alerted to the situation by a concerned passerby who witnessed the mother cross the oftentimes busy roadway. Department chief John Trelford said that the caller was worried that the fawns would be hit by a car when they tried to reach their mother.

The firefighters wore gloves to avoid getting their scent on the babies and carefully carried them to the side of the road where their mother was anxiously waiting. 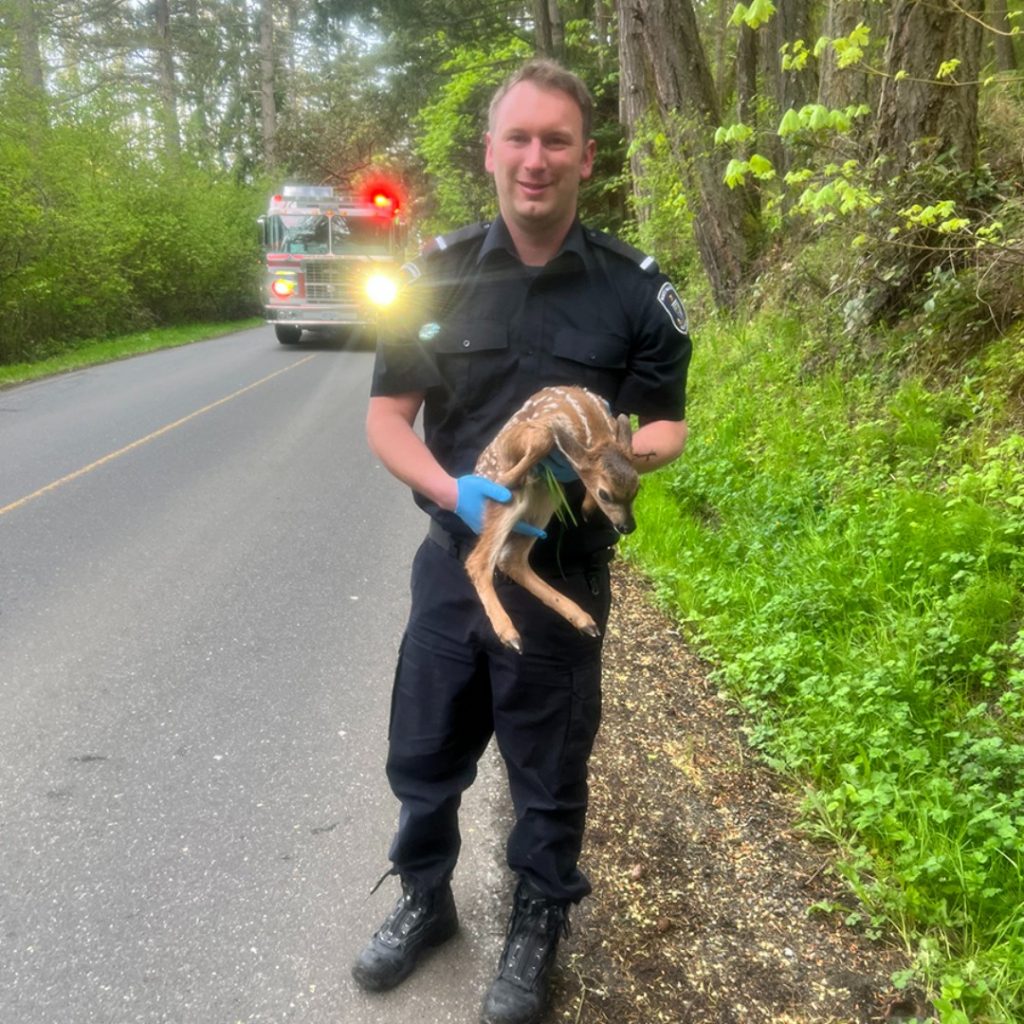 The mother came over to her babies as soon as the firefighters left the area. The rescue effort was shared on social media, much to the delight of those who follow the fire department’s Tweets.

These guys deserve a hero award for their wise handling of this situation and their kindness.

Thanks to these firefighters for caring and helping these fawns with what they needed.

Firefighters risk their lives for animals and humans alike, they are truly angels