Firefighters Rescue Owner And His Cat From A Tree 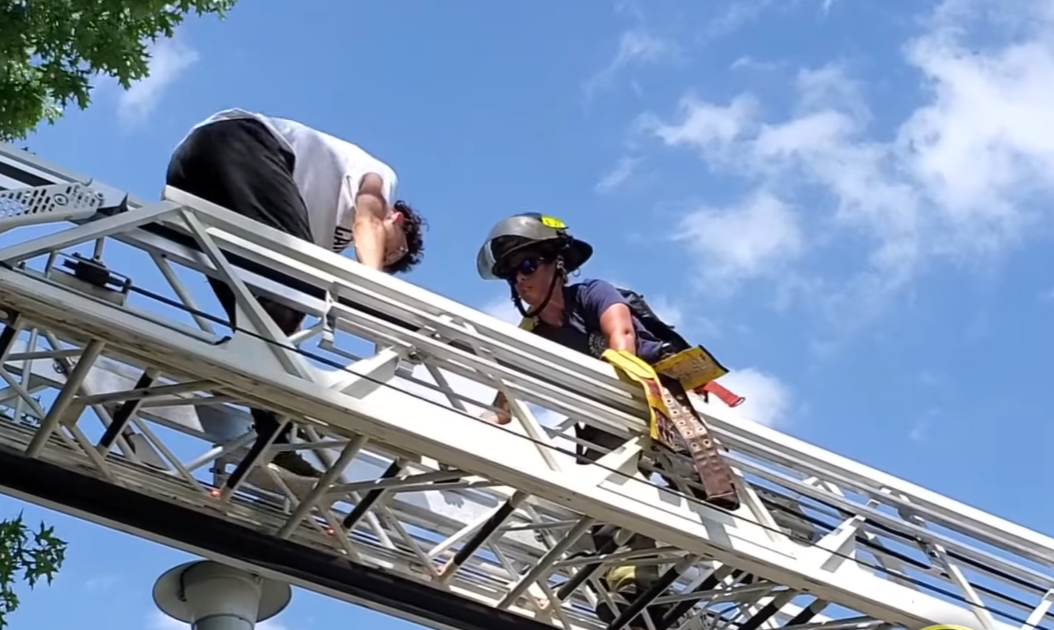 Last Friday, members of the Tulsa, Oklahoma, fire department had to rescue a man who got stuck up in a tree while trying to help his stranded cat. The fire department posted a video of the rescue effort, explaining how the man got into trouble:

Around 3:45 pm, Captain Alan Hancock and his Engine 27 A Platoon crew responded to a rescue near S. 94th E. Avenue and E. 27th Street. Apparently a cat climbed high up into a tree. It’s owner was so concerned for the feline that he climbed up to attempt a rescue. Unfortunately, they both found themselves in a dangerous predicament high above the ground, unable to get down safely. 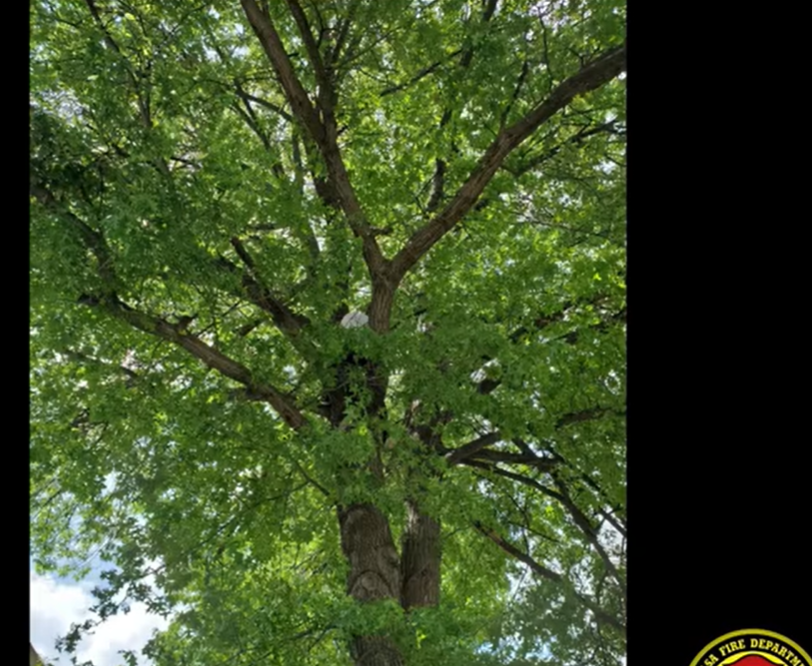 The crew had the right equipment to bring the man, and his cat, down to the ground safely. The department explained:

When Captain Hancock and crew arrived and accessed the scene, they requested that Captain Jacob Inbody and the Ladder 27 crew respond to utilize their aerial device. Acting FEO Brett Allen positioned the aerial so Firefighter Jayme Brooks could ascend and perform a safe rescue.