Firefighters Rescue Exhausted Deer Who Was Tangled In A Soccer Net 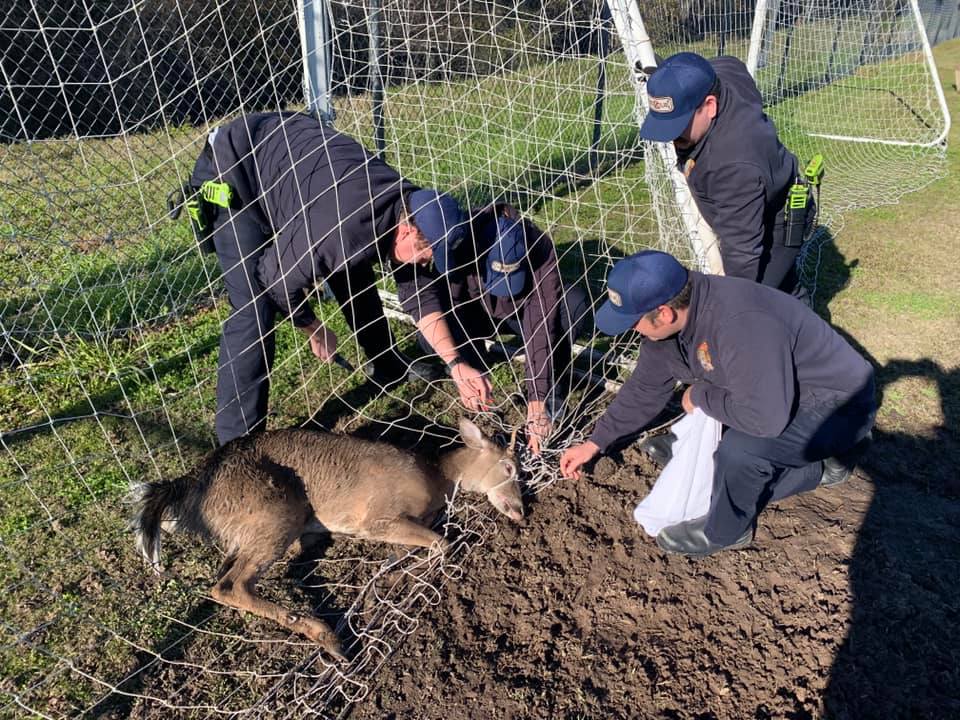 Last Sunday, firefighters in Savannah, Georgia, came to the rescue after a deer found himself hopelessly tangled in a net at the Soccer Complex. The heroes with Station 7 posted images of the exhausted deer, explaining how his antlers had become tangled in the netting: 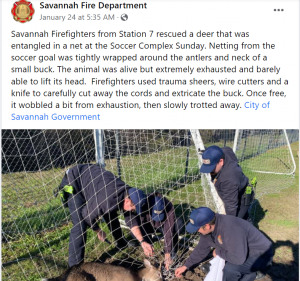 Help came in the nick of time for the exhausted young buck, who was so tired that he could barely raise his head. 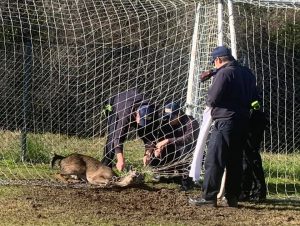 Though weary, the young deer appeared to be okay and he was able to “slowly” trot away after being freed. 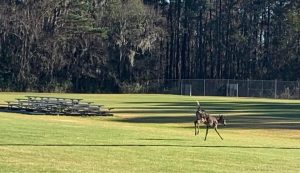 Thank you all Savannah firefighters for rescuing this little deer!!