Firefighters Notice Distraught Mother Turkey, Then Find Her Baby In A Storm Drain

In mid-September, a distraught mother, in need of help, caught the eye of firefighters with East Contra Costa Fire Protection District’s Station 52. The mother in need was a turkey who was upset about her baby, who had fallen into a storm drain behind Station 52.

The fire department recounted the moments leading up to their intervention:

“Yesterday we noticed a female turkey who seemed obsessed with one of the district vehicles in the parking lot behind Station 52. Because the Station 52’s crew was so busy running emergency calls (21 runs yesterday), they never got a chance to investigate. Throughout the day in the heat she stayed nearby. Even when the vehicle was moved she stayed near that same spot.”

Thanks to the keen ears of fire aides Matt Wyatt and Alex Olmedo, the sound of peeping was heard from a storm drain near the distraught turkey. The pair got creative with their effort to coax the chick out of the drain pipe – the department explained:

“They pulled the grate up and found her chick had fallen inside the deep drain. They were able to coerce the chick out of the drain pipe by playing turkey sounds on the speakers in Matt’s truck. They then blocked the chick from going back into the pipe with some cardboard. The chick was soon reunited with its mom.”

The unusual rescue resonated with followers of the fire department’s Facebook page – the post was shared 6k times and over 1.3k comments were left. 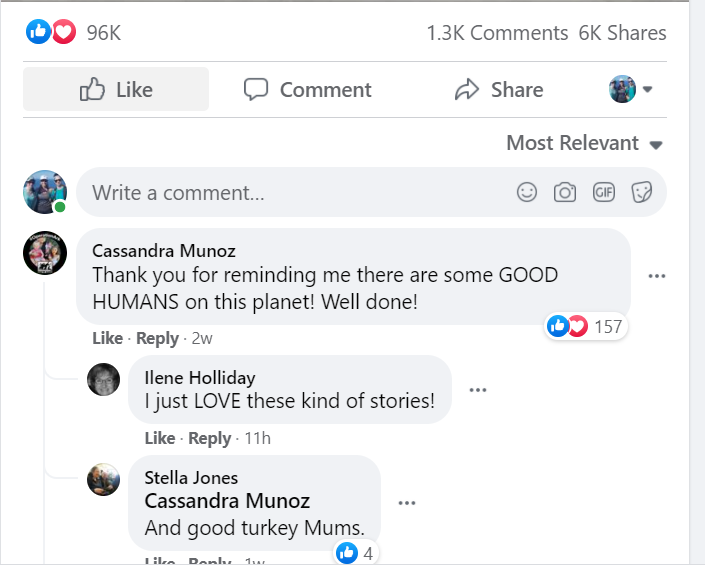 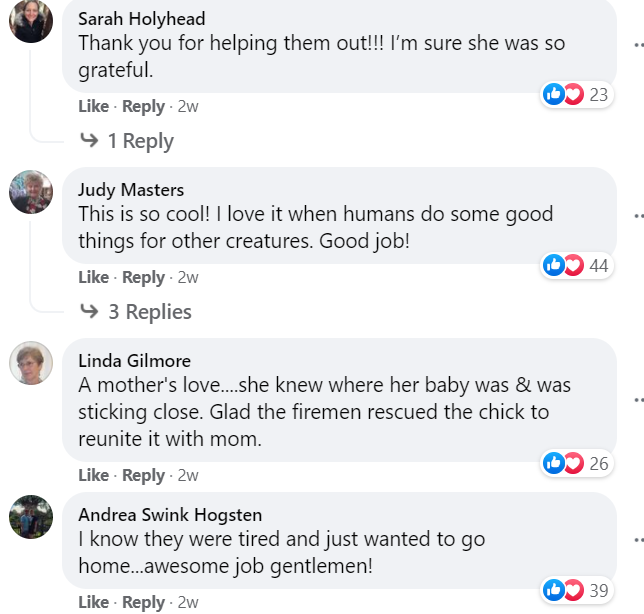 Thank you for helping animals!!!