A distressed, 31-year-old horse was recently saved by a fire crew in Patterson, New York. The horse, named Dozer, fell on August 25, and became wedged between a rock and fence.

The Facebook page for Patterson Fire Department No. 1 recounted the rescue effort to save Dozer’s life:

Patterson’s heavy rescue, 22-6-1 arrived on scene and found a 31 year old male horse, named “Dozer”, in distress. He had apparently fallen and managed to get himself stuck between a rock and a fence line. At first, the crew attempted to assist the horse on getting up by shifting his position. It became apparent that additional equipment was going to be needed to help Dozer out since he had become too exhausted to get up on his own.

According to the fire department, rescuers discussed their options and decided to use a paratech bipod system to raise Dozer – they said it took “a lot of sweat and effort” by the crew to get Dozer back up on his feet. 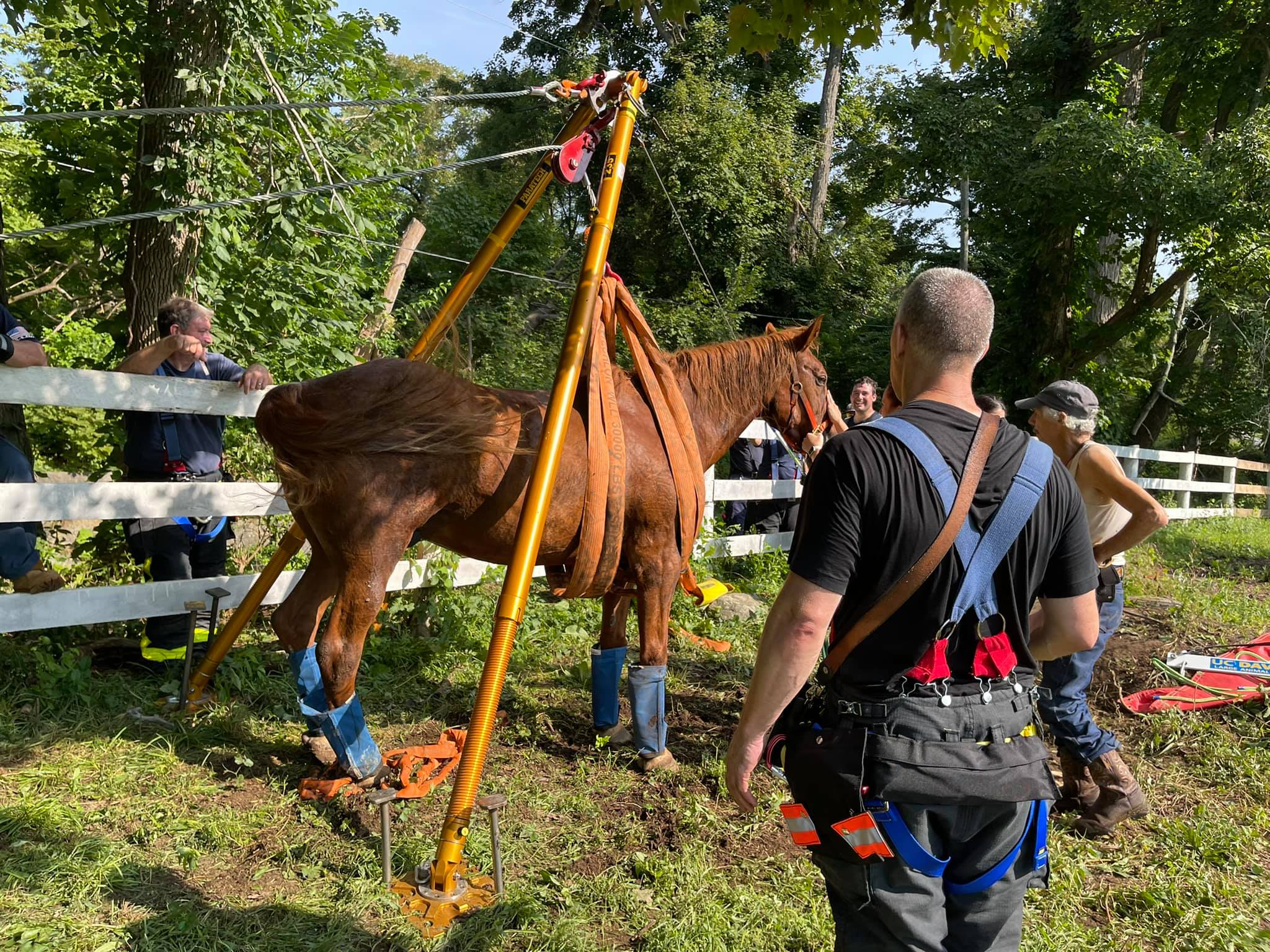 After receiving fluids and resting, Dozer was able to “trot away, unassisted.” 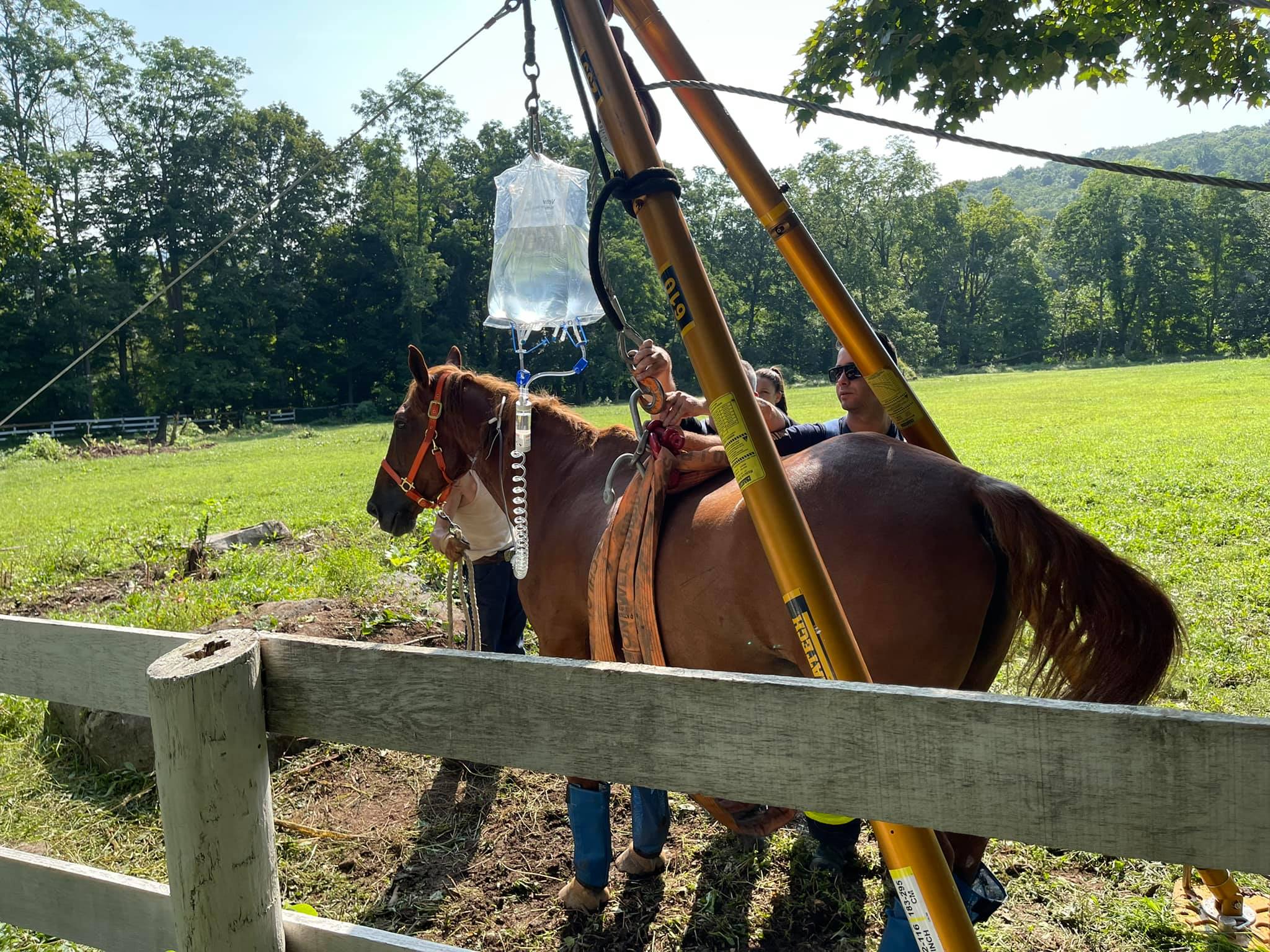 This is Patterson Fire Departments 4th horse rescue in the past several years, all with successful outcomes.

The Department  commended those involved in the rescue effort:

We would like to thank Putnam Lake Fire Department, New England Equine Practice, the Town of Patterson EMS, and the New York State Police for all their assistance as well as Paratech Fire & Rescue Equipment for such amazing equipment.

Thank you all for saving this elderly horse.💕💖💜

Bless your hearts this horse would have died