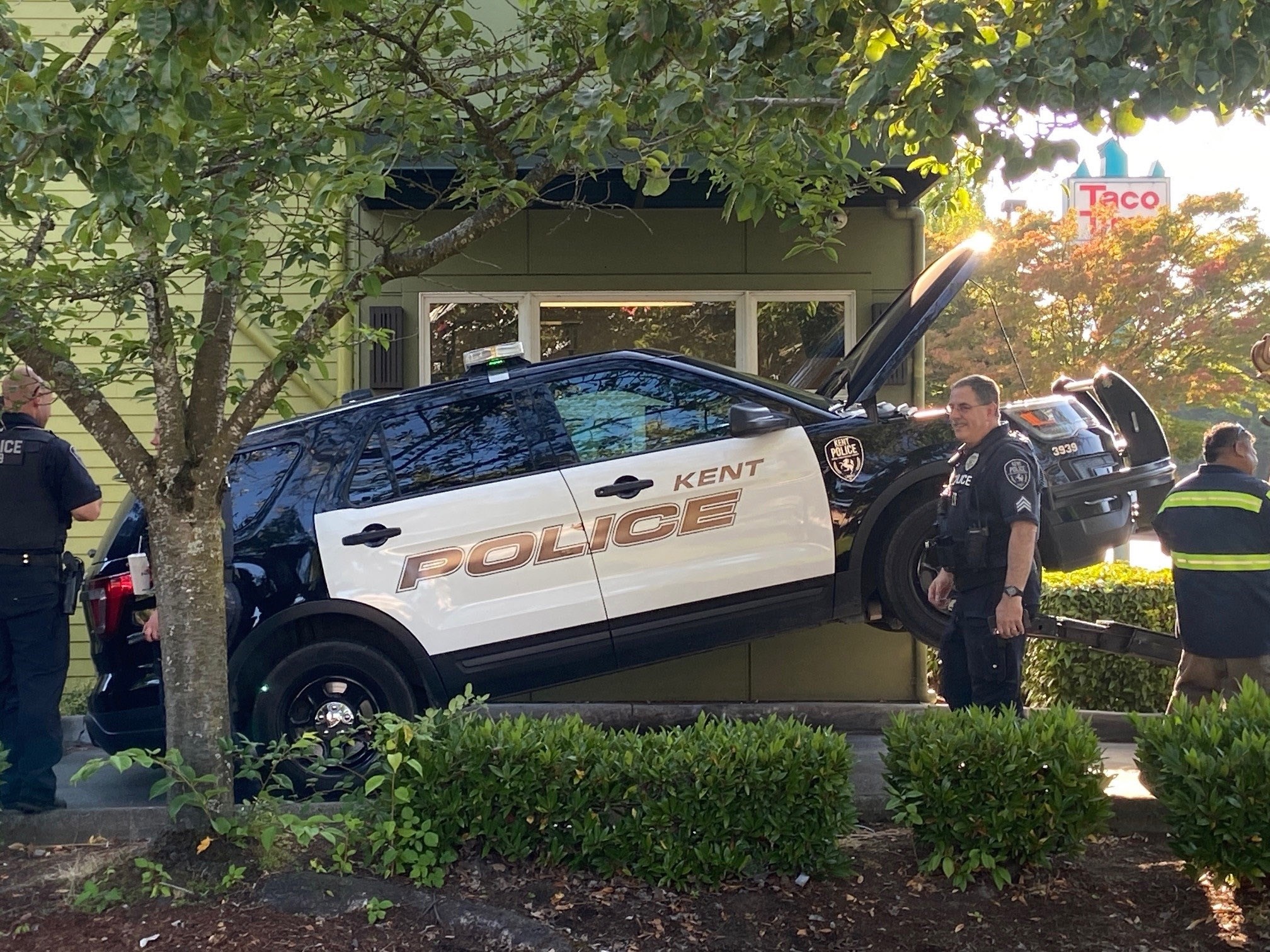 A feral feline wreaked havoc on a Kent, Washington, police officer’s day. The humorous incident was shared with followers of the Kent Police Department Facebook page on Thursday. The comical post begins:

You’ve got to be kitten me! It was almost a CATastrophe!

What do you do when you’re just trying to grab a snack on the go during a busy shift, and a wild cat decides to pick that exact moment to leap into your engine compartment and decide to call it home?

With an explanation about the need for officer backup:

The feral feline was unwilling to negotiate, and refused to retreat from its dangerous choice of abode. Driving off would certainly injure or maybe kill the kitty, so Officer Pribble did what all good Officers would do, she stayed put and called for backup.

It took a coordinated effort to get the frisky kitty out of the patrol vehicle:

One tow truck, two Regional Animal Services of King County Officers and some Police back up later, the car was lifted, and the self-destructive kitty was safely secured.

The Department wrapped up with:

This very fur-tunate kitty is feisty, and we are hoping there is a strong paw-sibility that she finds a Purrrrr-fect home.

We use cookies on our website to give you the most relevant experience by remembering your preferences and repeat visits. By clicking “Accept All”, you consent to the use of ALL the cookies. However, you may visit "Cookie Settings" to provide a controlled consent.
Cookie SettingsAccept All
Manage consent