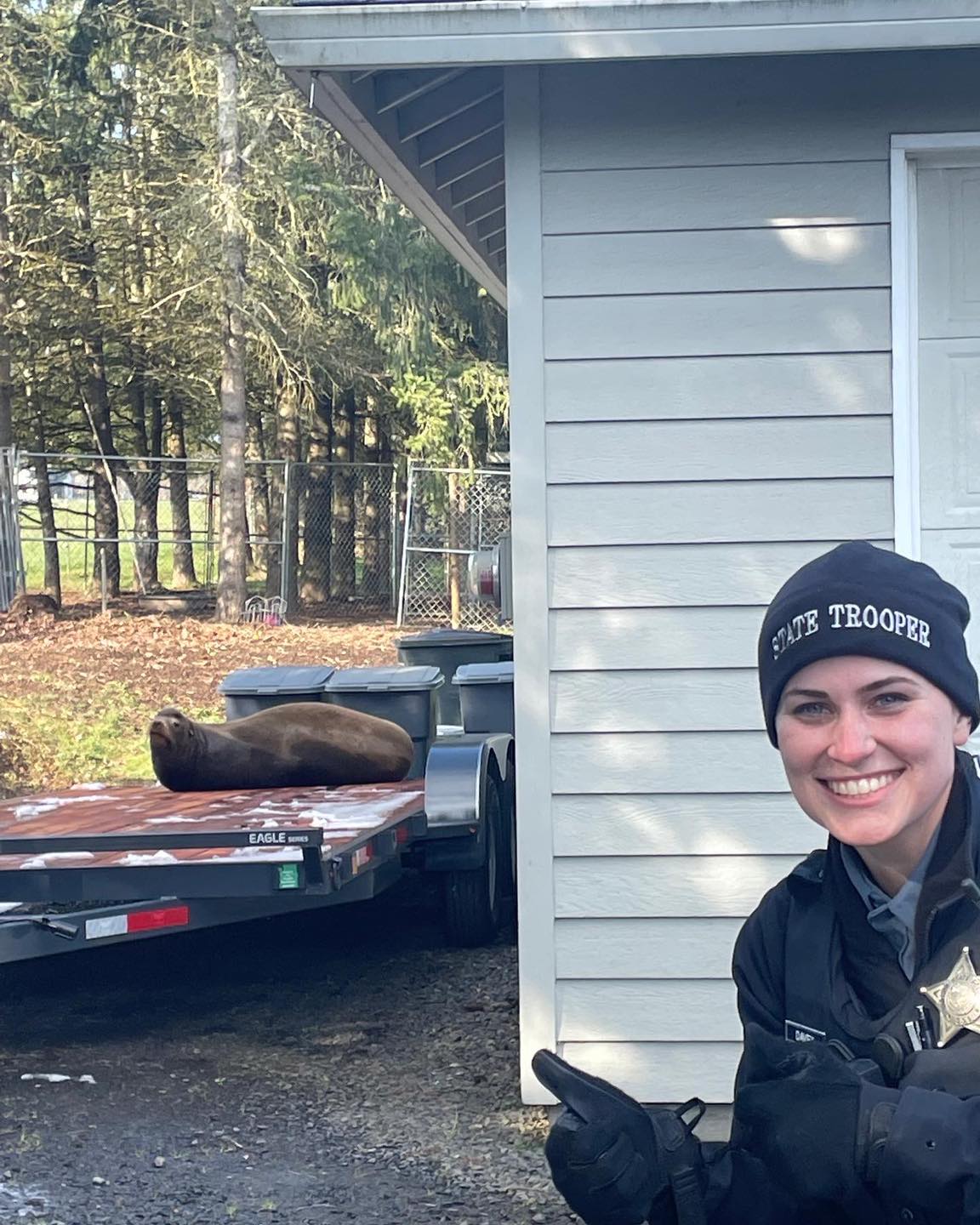 A feisty sea lion defiantly resisted “arrest” last Thursday. Oregon State Police Fish & Wildlife were called out to a residence in Warren after a resident found a sea lion sunbathing on their trailer. 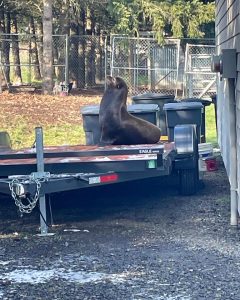 The Oregon State Police recounted the unusual call for assistance, and the sea lion’s cantankerous behavior when attempts were made to get him into a cage:

“Recruit Trooper Davey attempted to get the Sea Lion to go peacefully into a cage for transport. The sea lion, not seeing the love in Recruit Davey’s eyes, might have tackled her to the ground before entering the cage.”

“Don’t worry, Recruit Davey’s bounced right back up with no hard feelings to complete the mission of getting the Sea Lion successfully released back into the Columbia River unharmed.” 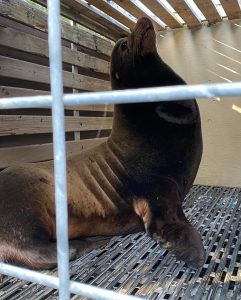 The authorities took advantage of the story to try and recruit future troopers, writing:

“Being an Oregon State Police Trooper looks very different than most people think. Do you have what it takes to #BeATrooper? OSP is currently accepting Recruit Trooper applications
until May 26, 2021.”

Interested? Learn more about the recruitment process at this link.

A much better read than about that sadist who screwed the puppy to the doorframe. I needed this laugh and thanks of the trooper for having such a good sense of humor. What a feisty guy!

That is a good funny. I’m glad the sea lion was returned back to his home!