Dog Slipped From Collar During Hike, Survived Freezing Temps And Predators And Traveled 50 Miles Away 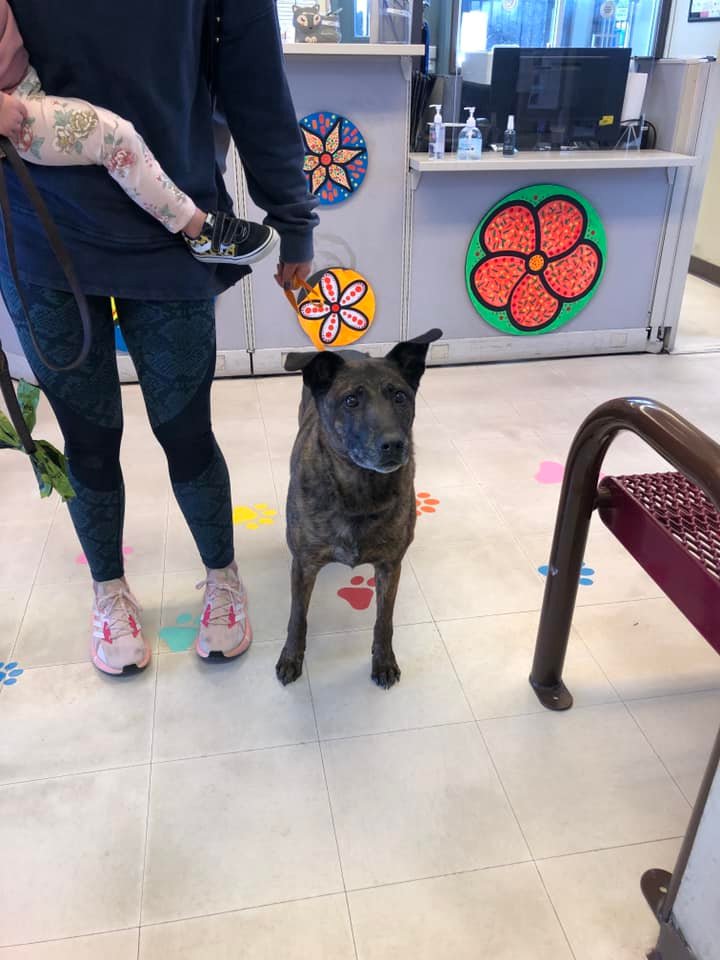 A dog named Harlow recently embarked on a long journey after he slipped his collar while on a hike with his family at Castaic Lake in California. The dog’s family feared that their pet was gone forever after he disappeared, but the resilient pooch survived and was found 50 miles away in a woman’s yard in Kern County.

Earlier this month, the County of Los Angeles Department of Animal Care and Control recounted what is known of Harlow’s amazing journey. The agency said:

In the early morning, 20 degree weather, a dog wandered into the backyard of a property off 190th Street East and B8, on the border of Kern County. Lucky for the resident the dog was friendly and lucky for the dog so was the human.

The woman searched her neighborhood for the stray dog’s owner, but she came up empty-handed. After taking the dog to the Lancaster Animal Care Center, staff discovered that the dog had a microchip, learning that his name was Harlow and his owner lived in Moorpark – which is quite far from Lancaster.

Shelter staff called the phone number registered to the chip and it rang through to a fire station in Simi Valley. The person who answered the phone told the animal control officer that the man she was looking for was a captain at the station, but he was in a class. Another call led the officer to Ashley, the captain’s wife. The agency wrote:

Ashley told her that they were hiking around Castaic Lake when Harlow slipped his collar and ran off and they thought they would never see him again.
Ashley was very emotional with her heart racing said she would pack her kids into the car and be here as fast as she could.

Harlow waited for his family’s arrival in an office where he had a “bird’s eye view” of the front door. The shelter writes, “every time someone would come by he would check to see if it was his people.”

Describing the joyful reaction from dog and humans when the family arrived:

Before too long Harlow jumped up and started crying and whining loudly, as in walked Ashley! Harlow’s people had arrived! Harlow’s little boy started crying, “my doggie, my doggie I love my doggie!”

We may never know how Harlow traveled more than 50 miles through mountains, predators and sub-freezing weather. There was a lot of luck for Harlow and his people and the kindness of strangers.