On September 4, people exploring caves in Indiana’s Dewey Hickman Nature Preserve, made a shocking discovery. Deep in the pit of a 30-foot cave was an emaciated dog. The dog, dubbed Dewey, was rescued thanks to the good Samaritans. 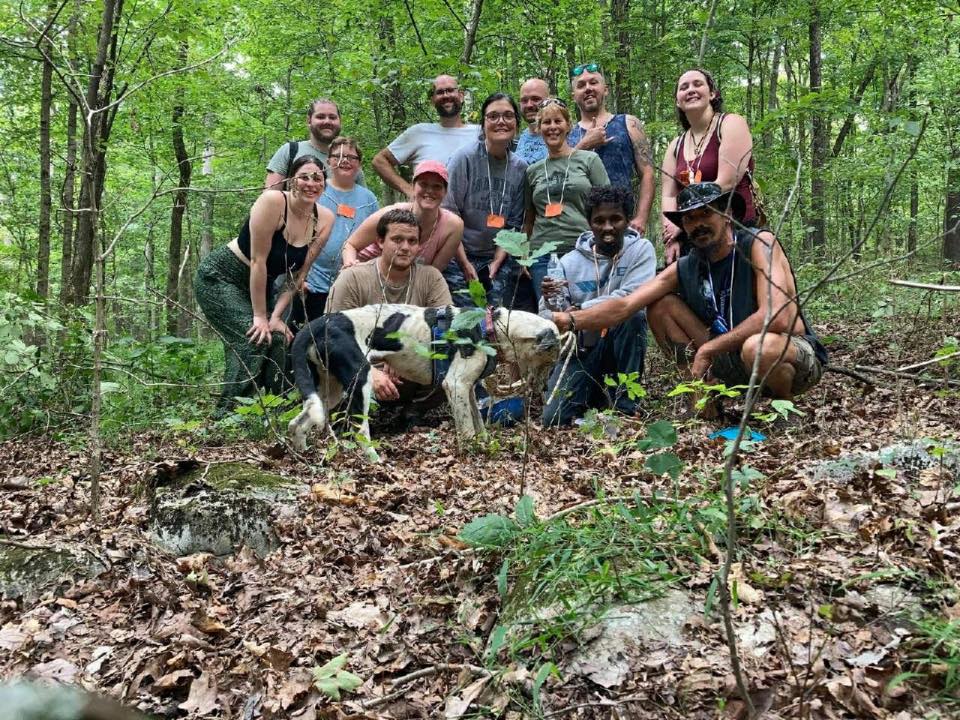 The Harrison County Animal Control recounted how Dewey was saved:

The cavers rappelled down and were able to lift the dog out of the cave. The cavers believe that the dog now named Dewey may have originally been caught by his collar on a branch as he fell, as there appeared to be scratch marks about halfway down the shaft. We believe the dog was eventually able to wiggle free and dropped to the bottom of the cave.

The shelter believes that the dog may have been stuck inside of the cave for at least two weeks given the amount of weight he lost. The shelter explains:

Dewey is very thin and his collar is very loose, leading us to believe he had been in the cave long enough to drop a significant amount of weight.

They believe that an overturned turtle shell, which collected rain water, may have provided Dewey with the hydration he needed to survive.

On Monday morning, the shelter alerted Facebook followers to good news – it appears that the dog’s true owner has been found:

We believe we have found Dewey’s owner. His name is actually Hawkeye!! We will keep you all posted! We cannot thank the news media enough, without the news coverage we would not have been able to find the owner!!

If the dog wen’t missing or was lost why didn’t the owner let anyone know? They have to have some sort of park ranger or someone there don’t they? These circumstances are a bit concerning I feel? I hope they have been looked into and the dog wasn’t abandoned.

Comments on the animal shelter Facebook thread indicate that the owner had been frantically searching for the dog for a couple of weeks.

I was wondering the same thing. I think the owners abandoned the dog. I would have second thoughts about returning the pup back to them!

Comments on the animal shelter Facebook thread indicate that the owner had been frantically searching for the dog for a couple of weeks.

God Bless All of you who helped save this poor innocent dog🙏!!