Dog On The Mend After Being Found In Garbage Truck 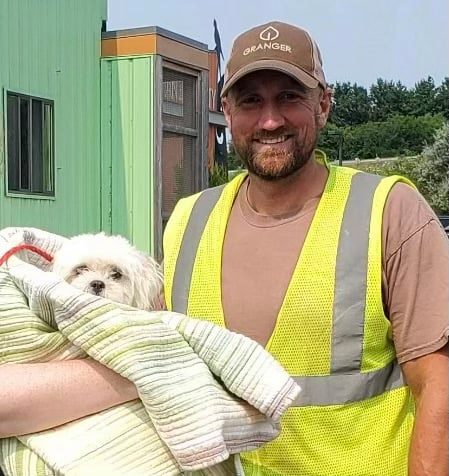 A small dog is lucky to be alive after finding herself inside of a garbage truck in Lansing, Michigan. The Capital Area Humane Society (CAHS) reached out to the public for help after the dog was found by a Granger employee. The animal welfare agency writes:

CAHS is looking for information about the dog pictured in the photo below. She was found in a garbage truck this morning and brought to CAHS. She sustained life-threatening injuries, and is lucky to be alive. She is currently at an emergency veterinary clinic receiving the care she needs.

CAHS has stated that the dog likely was in a dumpster before winding up inside of the garbage truck. A subsequent post by the shelter states that the case is being handed over to the Ingham County Animal Control agency for an investigation:

UPDATE:
Due to recent information, this case has been turned over to Ingham County Animal Control for a full investigation. If you have any knowledge of this dog, or what happened to her, please call (517) 676-8370 option 1, or email reportanimalcruelty@ingham.org. Thank you.

The injured dog’s condition has improved since she was found. According to CAHS, she is no longer in “guarded” condition, and she is stable. On Tuesday, CAHS said:

The sweet, little dog who was found yesterday, by a caring Granger employee, is recovering from her injuries, after being found in a garbage truck yesterday. Her condition has been upgraded from guarded to stable, and she is expected to make a full recovery. She was discovered around 6 a.m. on Monday, July 19, as the truck was being unloaded. It is unclear how long she had been in the garbage truck, but the route was from commercial-grade dumpsters.

Ingham County Animal Control (ICAC) is now investigating the case. If you have any information about this dog, or what happened to her, please contact ICAC at (517) 676-8370. She will remain in protective custody until the incident has been fully investigated.

So happy she was found! So sad she had bad injuries and I hope she fully recovers and is sent to a home with lots of love for such a cutie. It would be great if the idiots who did this were found and brought to justice – although justice is never enough for animal abusers.