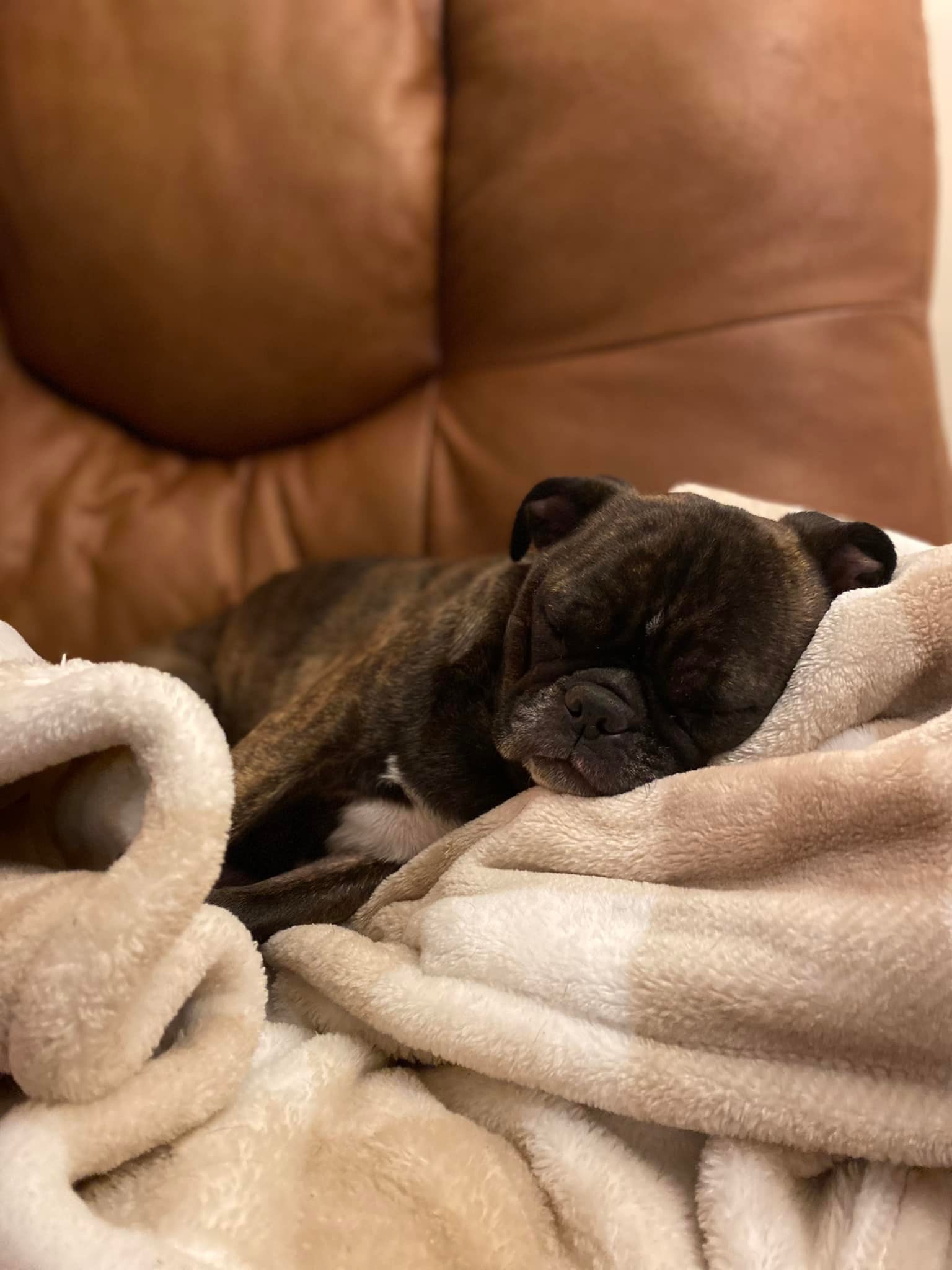 Nearly a month ago, a man’s SUV was stolen in Hudson, Wisconsin, and his pug mix, Harper, was inside. A desperate search has been underway since the day that the pup vanished and over the weekend, the quest to find her ended…in a wonderful way.

Harper’s owner, Justin Inman, shared the good news on Sunday, letting members of the Harper’s Heroes Facebook group know that his dog had been found. Inman said that someone working below the Interstate 35 W bridge had spotted a dog nearby who matched Harper’s description.

Inman drove to the area and shared what happened next:

We drove the 30 minutes, as we have with dozens of leads, and couldn’t see anything. We started the climb up the hill, and in a little crevice of the bluff- We shined our light on our baby girl’s face.. We called her name and she ran straight back into our arms, finally.

He commented on his dog’s resilience, writing:

Harper is officially the toughest girl I’ve ever met.. She has lost a huge percentage of her weight, but we brought her to the emergency vet in St. Paul, and they said she looks good! She just got home, she is resting, we have a heavy weight lifted from our shoulders and hearts, and we are unbelievably thankful.

According to CBS Minnesota, the stolen vehicle has been recovered and a suspect, Bradley Downwind, is facing a felony charge for vehicle theft.

What a beautiful ending to a horror story. I’m so glad this precious baby was found and is recovering 💓

I hope he is also charge in the theft of pup

I’m sooo happy she was found and is now safe at home where she belongs.

Shouldn’t he be charged in connection of taking the dog as well as the vehicle??

How did she survive that long?