Update: After the publication of this article, research officials confirmed that the deceased whale is NOT Migaloo. 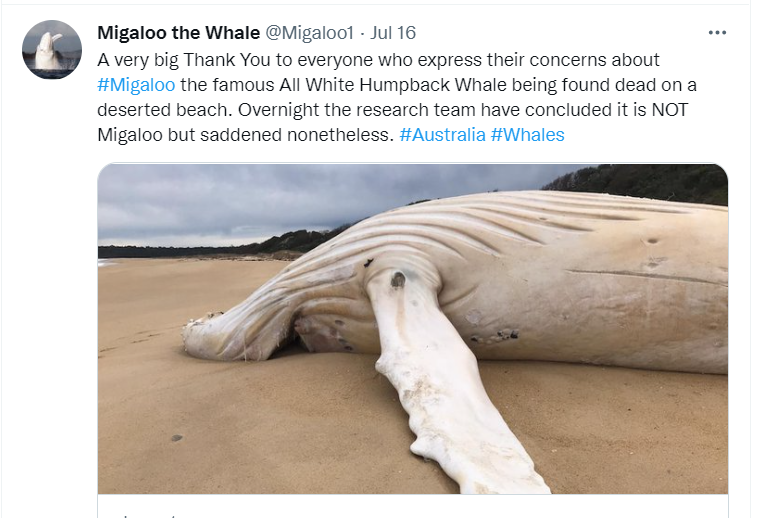 Victoria, Australia – The recent discovery of a beached white whale on Mallacoota Beach has sparked fears that Migaloo, a famous white humpback whale, is dead. The carcass of the whale was found on a remote section of beach by abalone fishermen.

According to The Age, the rare albino whale was last spotted in June 2020 off the coast of Australia. Prior that that, Migaloo had been regularly observed off of the Australian coast since 1991.

Scientists are unsure if the whale carcass is that of Migaloo, but they are working to make a determination. The carcass will undergo a necropsy and photos will also be compared to see if the deceased whale is truly Migaloo.

On Saturday, the Migaloo the Whale Twitter account announced that a media spokesperson for the White Whale Research Centre will make an official statement tomorrow. 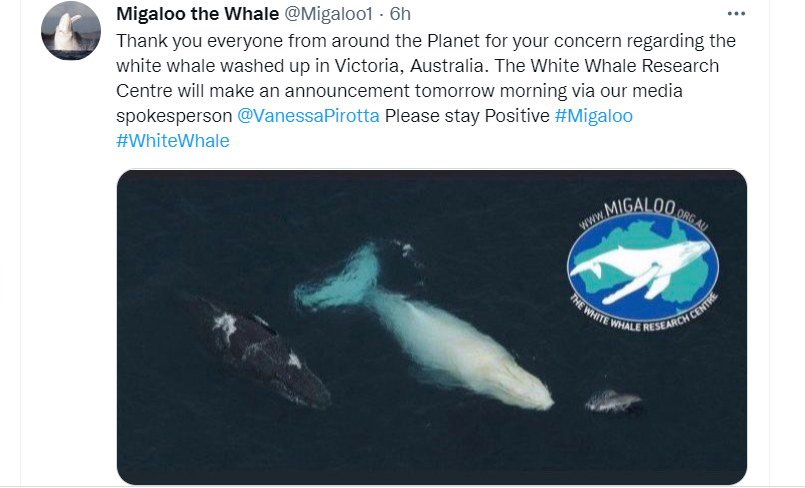 It is unclear at this time how the whale died. Officials are hopeful that the necropsy will reveal more about the whale’s manner of death.

Well. our educated abd wealth people use our seas and rivers as a dump.
They destroy our lands, cutting down tress buildings parking garage and malls.
We, continue to overpopulate the land causing extensive slaughtering of our animals for “food “.
I’ve had enough of our people not stopping, looking around and seeing our impending doom.
Stop with the buildings
stop with the many children
Stop dumping in our rivers and sees.
LETS GET INTO PRESERVATION MODE.