An officer with Animal Care & Control San Francisco managed to pluck a coyote pup out of San Francisco Bay this week. The animal welfare agency posted photos of the rescued pup to social media on Thursday, writing:

The cold coyote pup that went for a dip in the Bay is back with her family after being treated by our wonderful vet staff for hypothermia at Animal Care & Control. Fishing coyotes out of SF Bay in a net is a little unusual, but our Animal Control Officers take everything in stride. Officer Pone performed an amazing rescue from her borrowed boat! 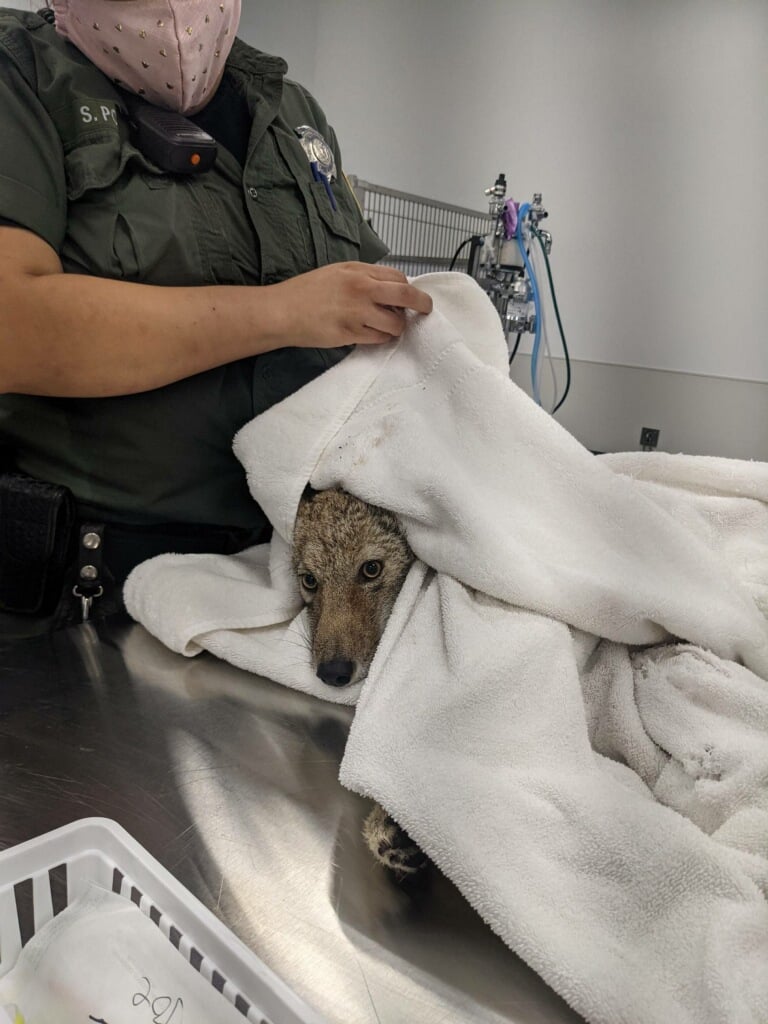 As reported by San Francisco Gate, the pup was initially spotted in someone’s yard and animal control had been contacted because the pup appeared to be trapped. By the time the officer arrived to the area, another call came in that a coyote pup (believed to be the same pup) was stuck in the dock on Pier 39.

But when the officer approached the pup to help, he leaped into the water. With the help of a boat, the animal control officer was able to use a net to scoop the struggling pup out of the water. 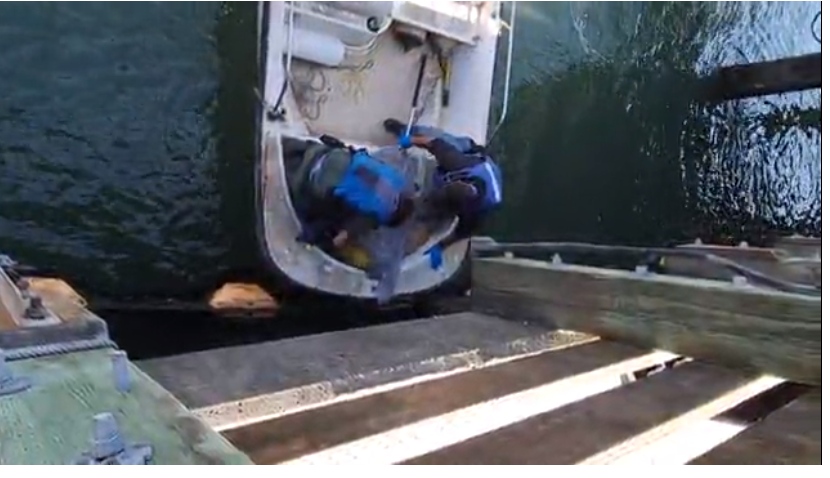 According to KTVU News, “everyone fell in love” with the coyote, who was released after being dried off and warmed up.

Such sweet news. What has happened to the pup? Thank you to the officer, may she share the news to encourage continued actions!