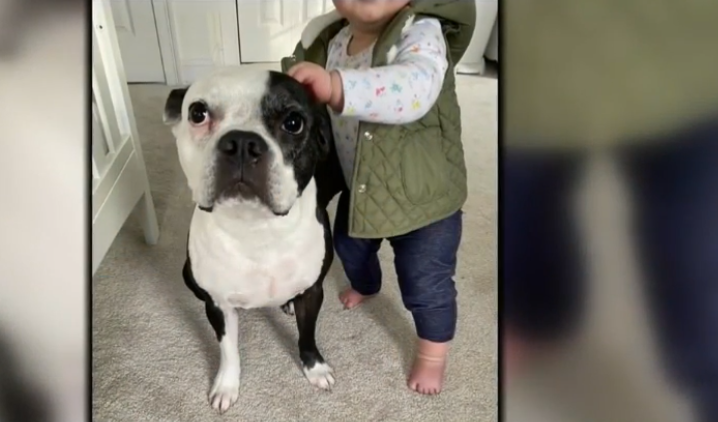 On December 14, a true “we don’t deserve dogs” story was shared on Twitter. Kelly Dowling explained how the family dog, Henry, had managed to save her baby’s life, writing:

Last night the dog kept breaking into the nursery and waking the baby. She’s been sick, and I was getting so fed up with him. Until she stopped breathing. We spent the night in the hospital. I don’t know what would have happened if he hadn’t woken her. We don’t deserve dogs.

Henry’s heroics are amazing, and the responses to Dowling’s Tweet are equally touching and show that we probably do not deserve pets in general.

One person explained how a cat had saved his life:

Many years ago, we had a cat that slept with me in my crib. One night the cat went in and tried to get my parents up, after being thrown unceremoniously of the bed several times, he peed on my dad’s chest and ran out and back to my crib where I was, blue, and not breathing, SIDS

Another person explained how her dog has saved her from crippling depression:

I got my dog when I was deep in depression. The kind where you can barely eat and can’t stop crying and won’t get out of bed. When I was depressed she never left my side. She cuddled up with me and nudged me to make sure I was good. It was like she knew. She saved my life.

And one woman shared a cat’s touching good-bye:

Bit of a backwards story, but our 20 year old family cat woke my mom up in the middle of the night by sitting on her chest and gently patting her face with a paw until she woke up. Then laid down and died. Just wanted to say goodbye.

Yet another shared her dogs’ grief over the death of her grandmother:

My two dogs loved my gran & she them. One night, they hop off my bed, go to the top of the stairs, & HOWL like I never heard before for like 10 minutes. 20 minutes later, I get the call at 430a that my gran had died. Miss them all so much. 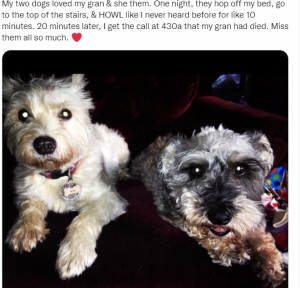 The heartwarming stories went on and on.

And the dog who started it all…Henry continued keeping watch after the baby came back home from the hospital:

Thanks for all the well wishes, everyone. The baby is doing much better today and we are home with Henry, who bravely held the fort all night even though he is scared of the dark. 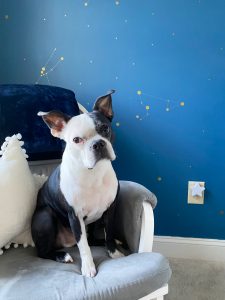 What a smart and handsome boy Henry is. How lucky they all are to have each other. I enjoyed the stories of the other wonderful animals as well. Thank you for the bit of cheer.

Dogs are amazing and wonderful animals. They are truly therapeutic, and invaluable family members.

That is so amazing! We humans need to be better listeners to our pets.