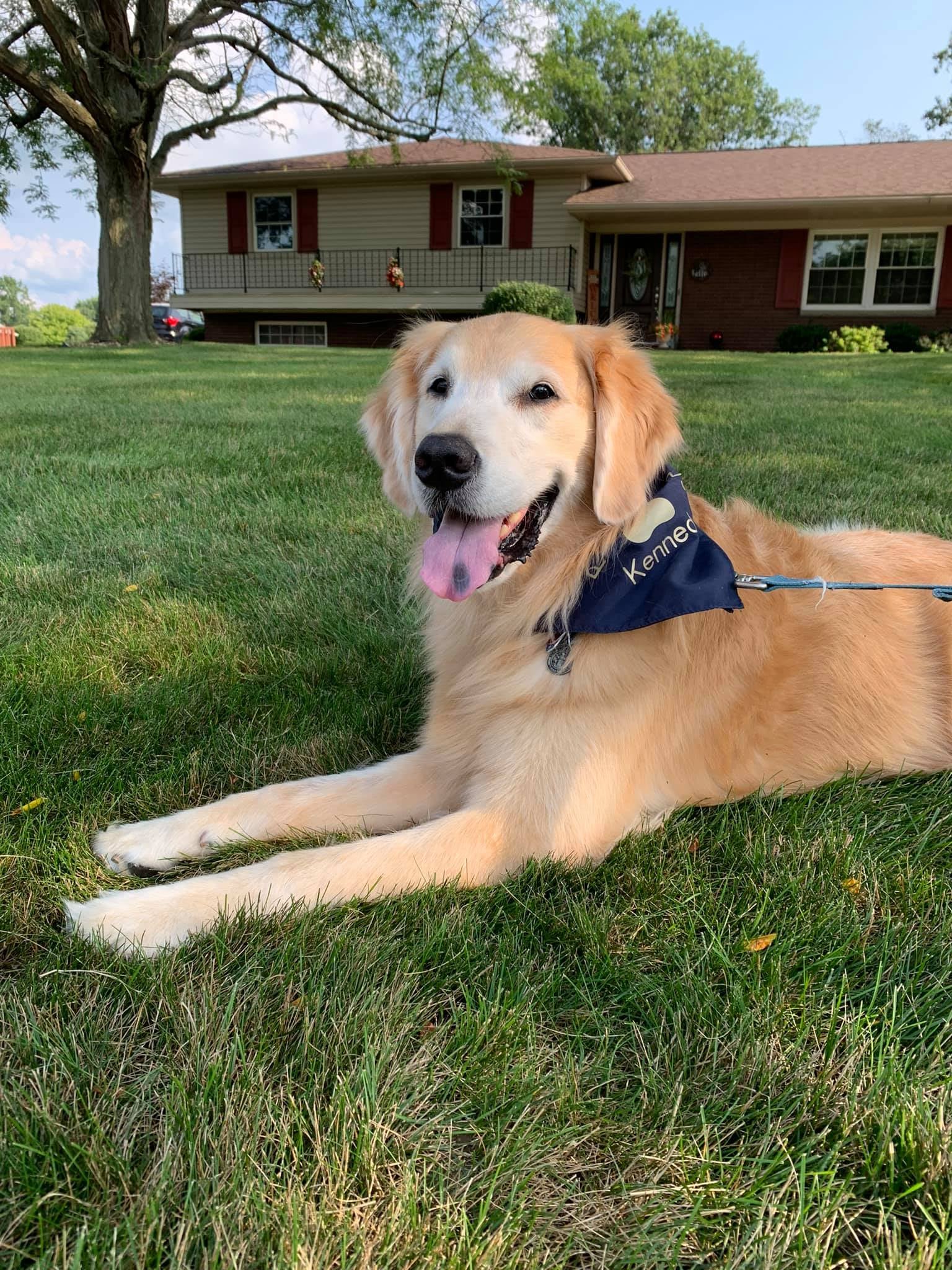 An Ohio community is mourning the loss of a beloved school therapy dog, who unexpectedly passed away following surgery for cancer. The eight-year-old golden retriever, named Kennedy, served as a therapy dog at for Tiffin City Schools. People in the area had stepped up to donate funds for Kennedy after school leaders announced that he was in need of cancer treatment.

“We had great community support, and we even received money from different towns, different states. We were very overwhelmed with the amount of support and positive thoughts and well wishes for Kennedy.”

“Our hearts are broken, as we said goodbye to Kennedy, the school therapy dog, Sunday morning. Kennedy was taken to MedVet Emergency where it was discovered that he had experienced some unexpected complications and died as a result of those. This is a shock for all of us; however, every one of us can feel good about everything we did. If you have sent support and loving thoughts and prayers, know that Kennedy, Trisha, and Suzanne felt surrounded by your love. Thank you again to everyone who supported Kennedy on his cancer journey as well as his entire time with us. He made a difference in so many lives. We will move forward knowing that we did the best we could for our furry friend, Kennedy.”

A celebration of Kennedy’s life is being planned. Follow here for more information.