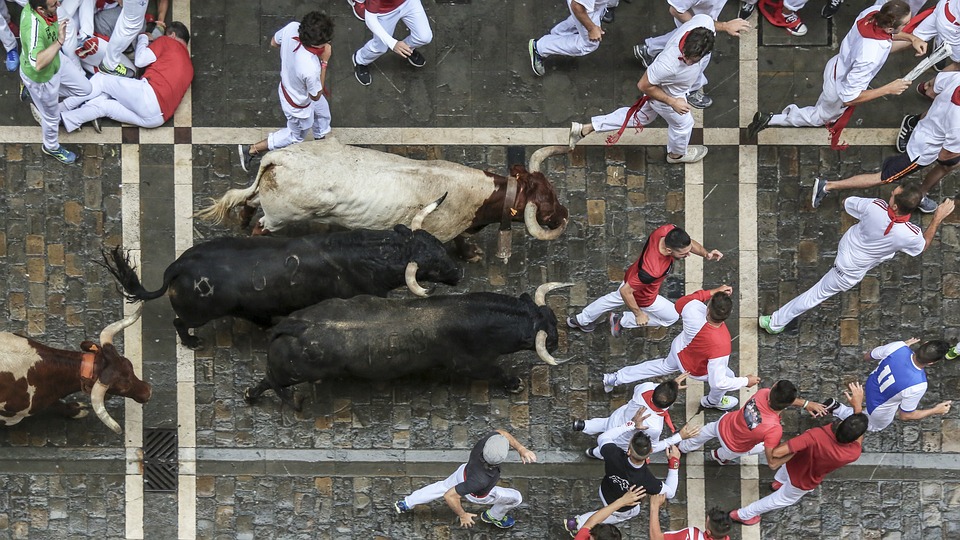 Ayacucho, Peru – Animal welfare advocates are celebrating an announcement made on October 25. According to Animal Defenders International (ADI), officials in Ayacucho have banned a controversial bull run event.

Yesterday the Ministry of Culture declared that the Jala Toro, Pascua Toro and Velay Toro, are excluded from the Easter festivities, and that if they take place in the Huamanga Province, they will lose their status under the Cultural Heritage of the Nation.

The event involved the cruel mistreatment of animals and frequent injuries to people who crowded the streets as the bulls ran freely through the town. On more than one occasion, the traditional event was canceled because of these issues.

Animal welfare activists continue their fight to bring an end to these cruel events worldwide.

I did not know of this either but I am thrilled it will happen no more. It is cruel, barbaric, and what the heck does it have to do with Easter anyway? One can not blame that bull. It is a horrible thing to do to them.

See you you can stop the bullfighting too.

It is about time! Now…..lets work on stopping rodeos and horseracing that is only done for the money and so many times, injures or kills the horses.

I guess there are cruel, heartless idiots all over the world! Humans are the worst species.

Didn’t know that Peru had a running of the bulls. Sure am so pleased that it is now banned just wished Spain would also ban it. If I’m not mistaken I think the UK government actually supports Spain.

Makes me sick that we are still so barbaric and still think it is normal to abuse and torture animals….

Enough is enough of this barbaric deranged festivities that abuse animals. Tell the idiots to get a job and go to work instead of harming these poor innocent animals! Put them all in jail!!!!

WOOO HOO! NOW FOR SPAIN AND ALL THE OTHER EFFiNG PLCAES THAT DO THIS! ENOGH IS ENOUGH!!