Burned Cat, Boots, Back With Owner In An Amazing And Unlikely Reunion 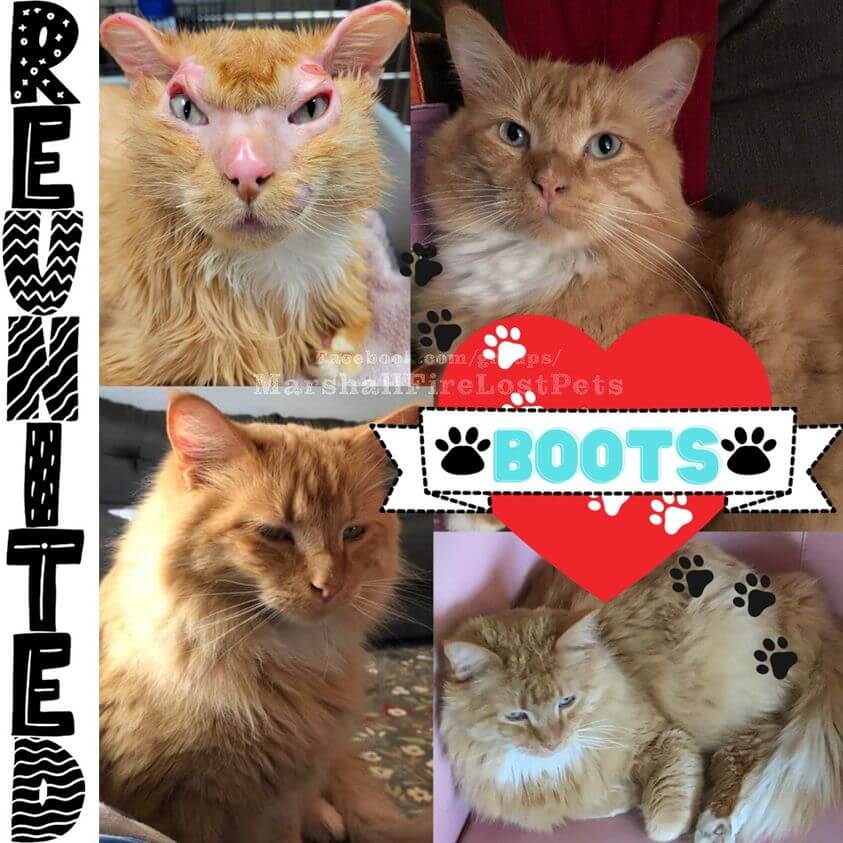 Against all odds, a cat named Boots has been reunited with his owner. The orange tabby was badly burned in the devastating fires that swept through Boulder County, Colorado, late last year, and after he was found, he was taken to the Humane Society of Boulder County for care. 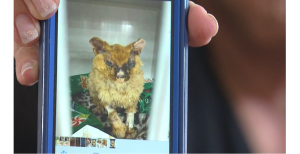 As Boots healed, his features became more identifiable and the shelter reached out to the public in an effort to find his owner. 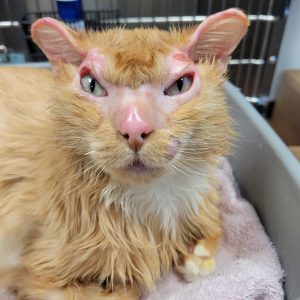 “Boots” is now home, safe and warm, where he belongs. This brave guy actually went missing a year before the fire, and his guardian searched far and wide for her beloved boy to no avail. When she saw photos as he recovered here at HSBV, and his signature orange and white markings became more identifiable, she couldn’t believe her eyes. She was overwhelmed to realize it was her long-lost companion, and Boots was overjoyed to see her tonight!” 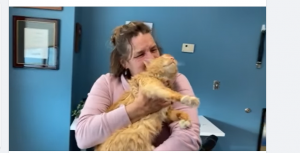 As reported by CBS Denver, Boots’ owner, Jules Lieb, had adopted the cat four years ago, and last year he disappeared in the midst of a huge snowstorm. Lieb feared her beloved cat was gone forever.

It was Boots’ “striking green eyes,” that initially led Lieb to believe that the cat on the news was hers. After several visits to the shelter to interact with the cat, she knew that the burned cat was indeed her Boots. She told the news agency, “I can’t believe he’s back.”

Find the Facebook page for the Humane Society of Boulder County here.

How this cat survived I don’t know but I am so happy for Boots and his owner. It is an unfortunate reality that a lot of pets( mostly cats probably) did not survive these fires so it is heartwarming to hear of a survival story.

Glad you are home Boots!

That is so wonderful that Boots is safe with his owner! What a happy ending to a sorrowful story.