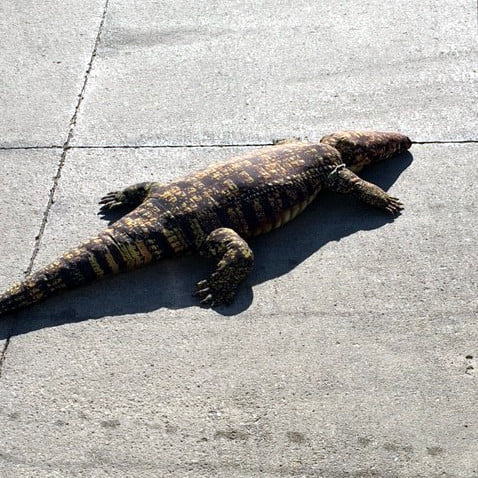 Animal control officers are always ready to rescue an animal in need, whether it’s a stray dog, or a wild animal. And earlier this week, officers in Iowa were called out to investigate a particularly “wild” report about an alligator that had been spotted outside of an apartment complex in Des Moines.

Though Iowa isn’t known for having alligators, animal control officers were more than willing to investigate the matter after concerned residents reported seeing a four-to-five-foot long gator lounging on the pavement of the apartment complex parking lot.

Responding officers soon discovered that there was more than meets the eye in this strange alligator case. It turned out that the large reptilian creature in the parking lot was just a misplaced stuffed animal. The rogue gator was apprehended and taken to Animal Rescue League (ARL) Animal Services for care.

Puppy Vaults Wall, Tumbles 30 Ft Down On The Ot...