Anger After Government Officials Killed Freya, A Walrus Who Was Popular With Tourists 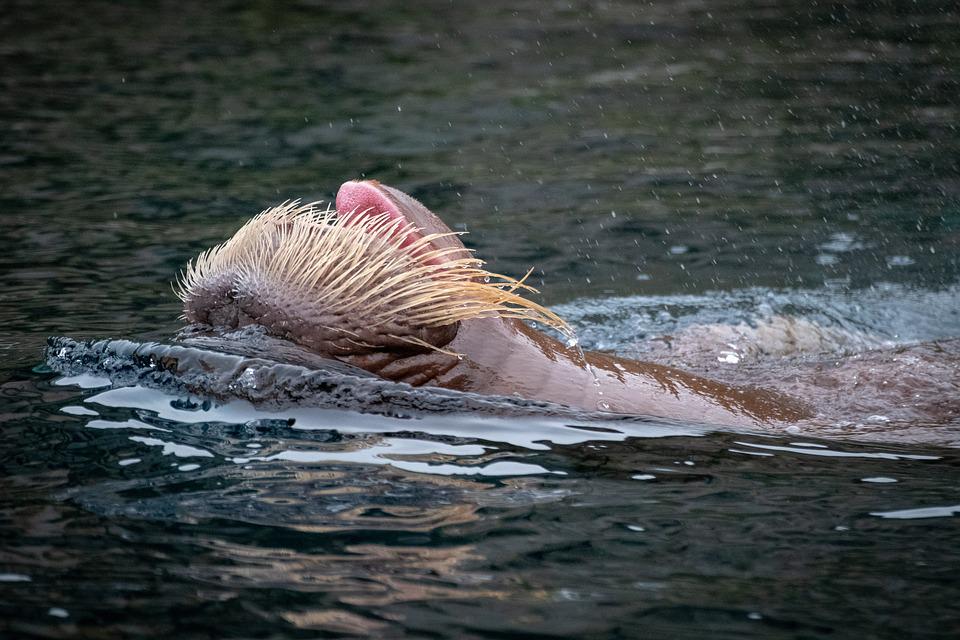 Oslo, Norway – Earlier this month, government officials in Norway made the decision to “euthanize” a walrus who had endeared herself to tourists. Her name was Freya and she gained popularity in the Oslo Fjord thanks to her endearing antics with boats. 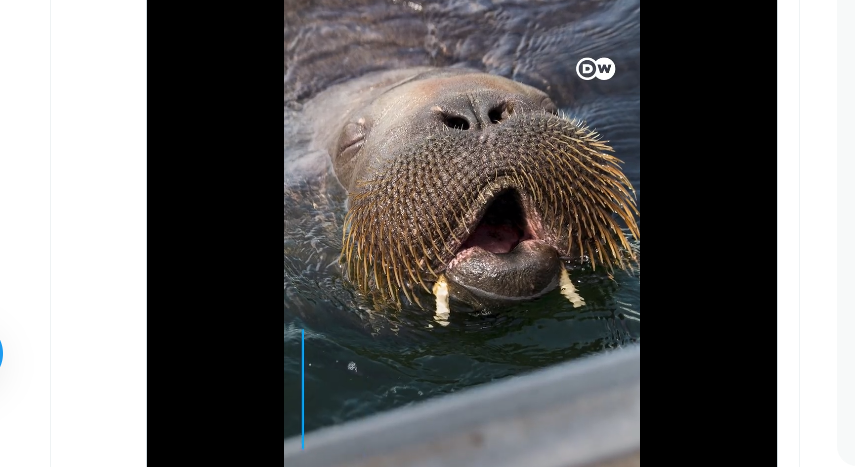 Freya weighed in over 1300 pounds and her daunting weight nearly sank boats that she would climb aboard for naps.

But Freya’s popularity led to her demise. Tourists refused to stay away from her and officials worried that someone would eventually get hurt. The one who paid with her life was Freya – she was shot and killed rather than relocated. Ironically, officials did not want to sedate her for transport because they were worried that she might get hurt.

ICYMI: Freya, the 600-kg walrus, has taken up residence in Norway's capital city of Oslo, capturing the hearts of locals while basking in the sun. pic.twitter.com/ZeJVIrpylc

The decision to kill the beloved walrus did not sit well with many people. Rune Aae, a University of South-Eastern Norway biologist commented on Freya’s demise in a public Facebook post:

“Freya had sooner or later gotten out of the Oslo Fjord, which all previous experience has shown, so killing her was, in my view, completely unnecessary, and another example of a trigger-happy gun management—for which Norway is already well known. Norway is the country that killed Freya after being around for over two years around the entire North Sea. What a shame!”

People who loved Freya have been raising funds for a statue to memorialize her; nearly $25,000 has been raised so far.

Though countless people are heartbroken that Freya is gone, the officials who decided that she had to be killed are standing by their decision – citing human safety as the driving force for “euthanizing” her.

Freya the walrus was spotted off the coast of Oslo, Norway, where she was filmed filling up a boat with water in order to use its bilge pump as a shower.

Freya has become a local celebrity in European waters because of her inclination to get into hijinks with human vessels. 😆 pic.twitter.com/GC2ubUEjc5

people are such assholes no matter where they live. they didn’t want to sedate her so they could move her for fear of injury so the solution to that problem was to shoot her. these assholes need a taste of their own medicine. killing every living thing in sight has become the modern day mantra in our so called civilized society. what a shame, such a beautiful creature killed for nothing.

They didn’t want to put forth the effort to school or punish the people who refused to keep their distance from a wild animal, so the natural remedy (as usual) is to punish the animal with a death sentence.

Gee…for human safety. From all I have read, not a single person was even in any kind of danger from her. Evidently some high-falutin’ asshole got a scratch on his boat who had friends in the government office. There was NO need to kill this innocent creature. NONE!!! Guess Norway is off my bucket list. Wouldn’t want them assholes shooting at me for no reason. May those involved feel the wrath of karma real soon.

Humans concerned about safety shouldn’t approach wildlife. Authorities had no business murdering an innocent creature due to the acts of humans. People suck.

It’s always the people who come first. If these people had any sense they would have seen she was not a danger and if they had an iota of ethics and responsibility they could have moved her to a safer place. The people there are equally at fault as they would not leave her alone.

That’s no excuse!!!!!!!
That was HER HABITAT!!!!!!
People had no right to be there or kill her. If you invade any living being’s territory, you must know that you may be attacked because they are protective of their own. Stop killing animals for the sake of it. People are irresponsible, not animals!!!!! At this rate, we are killing our planet!

Humans will be the demise of so many creatures and of the earth for us to habitate eventually. Freya rest in peace and remember the humans that were nice to you. You humans that decided to kill her SUCK! This makes my heart so sad…she wasn’t or didn’t hurt ANYONE!!!

What a sad, unnecessary solution to a human-animal problem. Eventually, she would have moved on. Couldn’t the government warned people not to be in the water around that area? What a waste of life. Good ole’ humans—the be all, end all of creation.

When Russia finishes off the Ukraine, I hope they will make Norway their next target & finish off NATO sweetheart Sweden next. Putin is right to target any country in NATO & watch Biden & his co-horts do absolutely nothing in return. Bill Clinton started the stupid idea of encircling Russia, followed by Barack Obama,and Biden. Even though every Russian Leader beginning with Joseph Stalin and on down to Putin have doubled down on the Russian warning to the United States and the NATO lackeys. The United States has spent hundreds of Billions propping up the Ukraine which could have been better spent helping to erase 300 plus years of destroying Native Americans and their rights to their land & leaving them in 3rd world poverty. Norway’s treatment of the Walrus & their excuse for not removing Freya to another area where she would not pose a threat to people by saying they chose to euthanize her for her safety because they were afraid she might be injured does not pass the smell test of truth.

Spot on Robert. NATO has been a joke since the end of WW2. When Patton tried to tell people including Eisenhower what a global threat Russia was and will be they eliminated him as well. So if one of the greatest generals of all time couldn’t make it. what chance do we or an animal as kind as Freya have!

I am Norwegian and I am disgusted of the people who did this. Here the politicians wants to kill every animal in the forest too it seems like

Don’t feel bad Tom It’s no better here in America. When something is in the way just kill it.

This makes me furious to read that the government officials murdered her. She was loved by so many, her sweet and funny personality was delightful. The officials could have built her a platform that was substantial enough for her weight. She would have preferred the platform over the boats. There were many ways to solve the issues of her getting in boats, other than being murdered.

I totally agree with you, a platform for her to rest on would have been a great solution!

Here we go again, it’s easier to just murder an innocent animal then to relocate her! How stupid and cruel humans can be. People loved Freya and were ok with her antics. How sad and tragic, she paid the ultimate price. Sickening!!

Why is there not a petition against the Norway government for allowing this to happen? Someone needs to take a stand in honor of Freya.

Find these people and punish them severely. This was her habitat not yours or mine. If you are worried about your precious boat. Dock it somewhere else where she is not or better yet make it so she could not climb aboard. You moved into her neighbor not the other way around.

these officials are in the business of killing animals always calling the shots, easier to shot and kill than to resolve in a human kind way for Freya !!! in keeping her alive in her home the ocean seas !!! these government officials and our authorities — always in the business of killing off animals !!! thats what they do best !!! cowards and gutless !!! These humans also gave her the death penalty as well !!! its the publics fault for her death and the officials for allowing this to happen to her !! in her own habitat ocean seas ( WHERE THESE HUMANS/PUBLIC FEEDING HER TOO !!! WITH FOOD ????) Well are you proud pubic = YOU KILLED FREYA !!!

Not relocating her because of being scared they might hurt her and then killing her instead, what hypocrites!

DISGUSTING!! Leave it to humans to once again destroy yet another sentient living in its habitat!!! How about going after the humans that are invading Freya’s territory? How about charging those that got too close to her instead of taking her life? Whoever was involved in making the decision to end her life and whoever pulled the trigger should ALL be FIRED! Despicable!!!

This action is not what I would have expected to happen in a civilized country like Norway. Like here in America I guess they have their kill happy pseudo environmentalists under the guise of ‘animal control.’