‘Angel Of A Kitty’ Born With One Eye And One Nostril 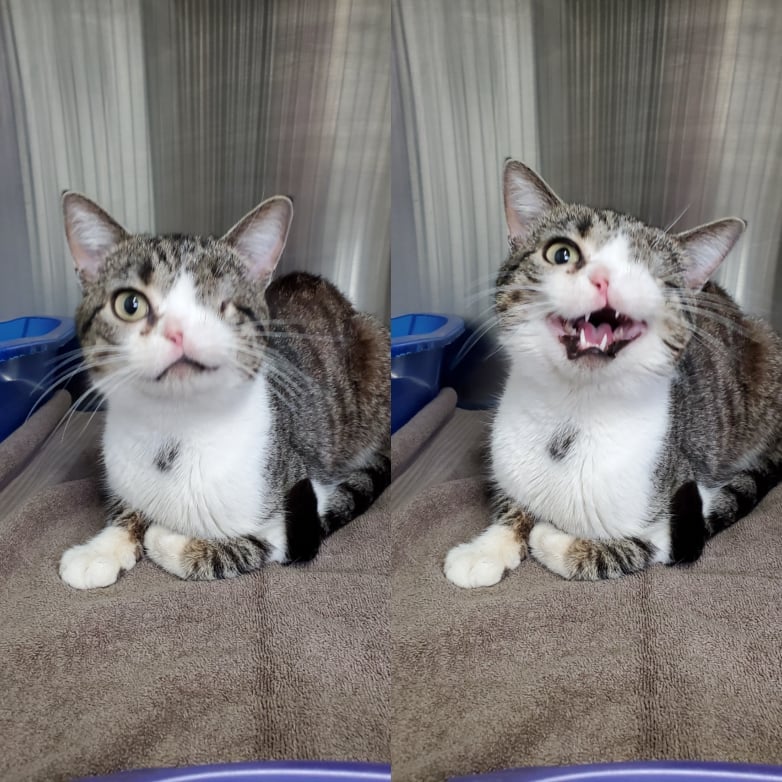 In February, an Ohio animal shelter took in a special cat described by staff as “an angel of a kitty.” The two-year-old cat, named Eggbert, was born with just one nostril, and only one eye.

The Fairfield Area Humane Society said that “aside from snoring like a chainsaw,” Eggbert was not hindered by his birth defects. Describing his endearing personality:

He is a total lovebug and gets along well with other cats, dogs, and kids. He loves to give headbutts, have his chin scratched, and follow you around like a baby duck.

The shelter’s initial social media post resulted in a deluge of adoption applications for Eggbert, and just three days later, the shelter was excited to announce that Eggbert had found a wonderful new home, writing:

The update you’ve all been waiting for: Superstar Eggbert is off to his forever home! His new family has another FAHS alumni kitty at home, so we know Eggy is in the best hands. He couldn’t have found a better home! He is going to be loved and spoiled rotten. Thank you for choosing adoption again. 😊🥰

Thank you for adopting this beautiful creature!

This is the most awesome news!! Happy Tails to them all always!