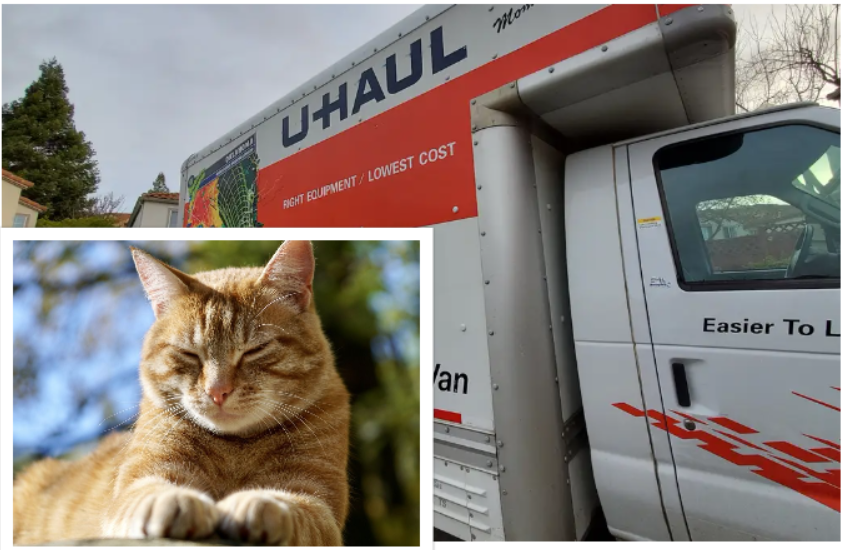 West Virginia – An amazing cat managed to find his family after they moved nearly 40 miles away. On May 21, the Kutscher family loaded their belongings into a U-haul for their move from Bridgeport to Morgantown, but their orange tabby cat, Oliver, disappeared shortly before the moving truck rolled out of town.

That morning Oliver went outside like any other day but sadly never returned as we loaded the final things into our Uhaul.

Her husband, Nick, continued to put out food for Oliver at the old house as he prepared it to be sold, but the cat remained elusive. Hailie told News 10:

“We still had ownership of the house. We listed it vacant, so until it was under contract, we would continually go back and check up every week. My husband kept food out for the first week, would constantly go out and call for him. He was always pretty good about responding to being called.”

And when the house sold in July, the Kutschers told the new owners about Oliver, in case he showed up. Eventually, Oliver did show up, but not where his family expected him to.

Tonight he showed up in our backyard in Morgantown. He traveled at least 40 miles over the course of 2 months to find us. I’ve heard of things like this happening but never truly believed it was possible. Now I believe. Anything is possible. Our Oliver Kitty is home again! 💞

The family knew that the cat was Oliver, but took him to a veterinarian to confirm his identity through his implanted microchip. The chip confirmed that the cat was indeed…Oliver. How he made his way to his family’s new home is a mystery, but he did it and his owners said that he is “overall healthy and doing great.”

Amazing! Lucky for u guys and Oliver. But he deserves a medal!!