After Weeks On The Lam, Cat Who Escaped At Airport Has Been Found 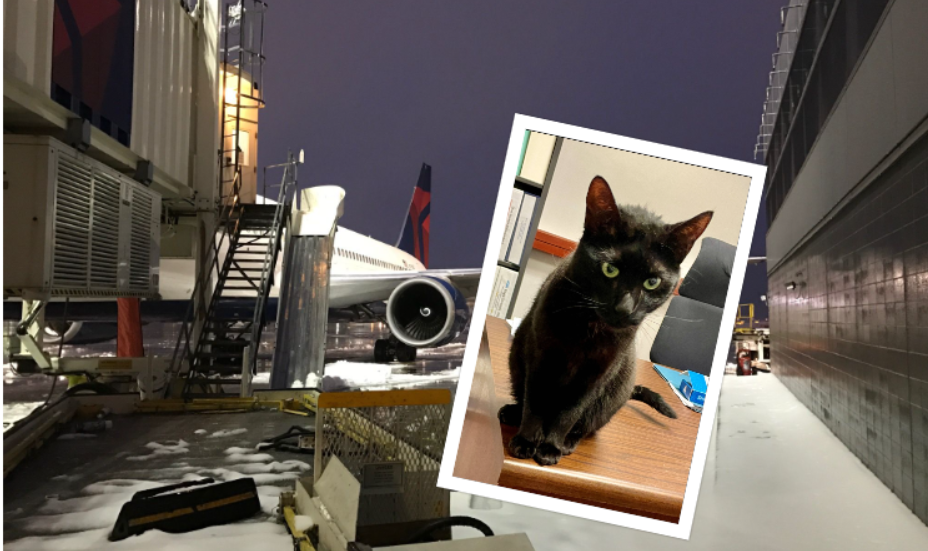 Boston, MA – A four-year-old cat who escaped her cat carrier at Boston Logan International Airport in late June has been located, captured, and returned to her family. The frisky feline, named Rowdy, bolted from airport personnel on June 24 after her owner’s Lufthansa flight landed, and a massive search and rescue effort ensued.

Whether out of fatigue or hunger we’ll never know, but this morning she finally let herself be caught.

Patty Sahli, Rowdy’s owner, describes her pet as a curious cat who is proficient at hunting – a skill that likely helped her survive her weeks “in the wild.”

Rowdy was captured after walking into a humane trap that had been set. Her identity was confirmed when she was scanned for a microchip, and on Saturday, she was back in her family’s arms.

Rowdy’s owners are grateful to everyone who participated in the rescue effort Sahli said;

“We’re just so grateful to everyone who helped look for her.”

Airports need to be alot more vigilant when transporting animals. I have read many instances where family pets have escaped their crates due to negligent handlers. There is absolutely no reason for anyone to open the crate of a contained animal unless in a secure environment