After Hurricane Ian, Dog Was Attacked By An Alligator And Now An Animal Shelter Hopes To Find His Family 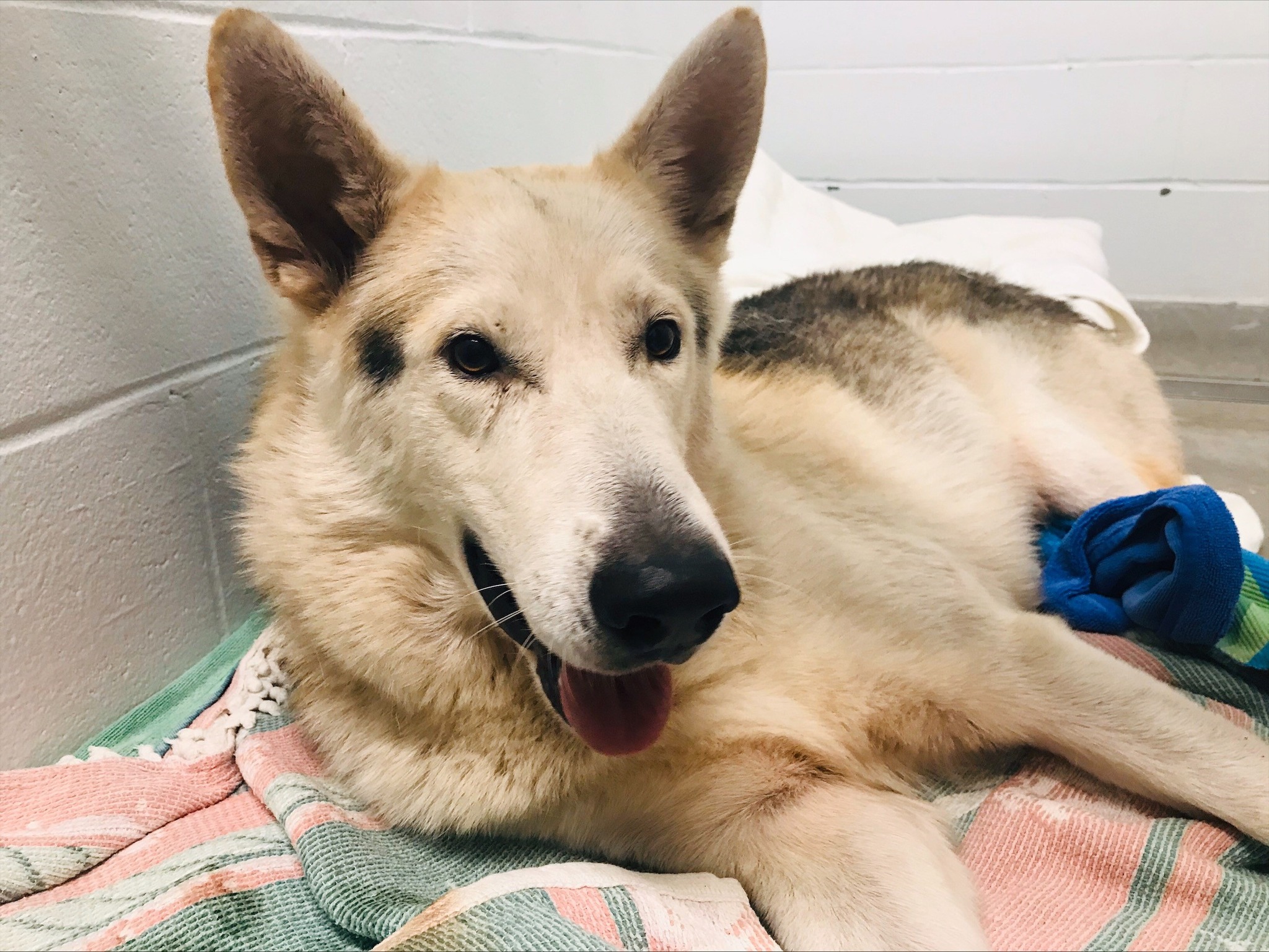 Lake County, Florida – A dog who managed to survive Hurricane Ian and an alligator attack is now at a central Florida animal shelter waiting for his family to find him. The Lake County Florida Animal Shelter said that it appears that the dog “narrowly escaped an alligator attack,” and explained that he had to undergo emergency surgery to amputate his injured tail.

According to a Fox news report, the dog was picked up on September 30 on State Road 44 and Seminole Springs in Eustis. Teeth marks on his tail led to their belief that an alligator was responsible for his injuries.

The dog, a white Shepherd mix, is believed to be someone’s pet because of the mannerisms that he has exhibited at the shelter. If you recognize him, please contact the Lake County Florida Animal Shelter at  (352) 343-9688.

Find the animal shelter’s Facebook page at this link.

Why hasn’t his family come forward, and why did they leave him in the first place!

She has been through way too much!
Too much pain and suffering, but she has a purpose in life and she needs to be here to show people many things. If her family doesn’t own-up, she should become an ambassador of life, endurance, and teaching others about the worst scenarios in our planet if peoples’ attitudes don’t change quickly and drastically. This didn’t happen because of bad luck or coincidence; this is because of climate change, loss of bearings and priorities!

If the family doesn’t own-up for whatever reason, there are many families who would be ever so lucky to spend their life with her

Who knows if se even had a family? I hope that if she does they come soon or she will get to have a new family. At least she is safe.

WTF…why did his so called family leave him. Seems this sweet dog needs a new home.

Hope his family come forward. He looks like such a lovely boy

Poor baby, he deserves a good loving home. If his family doesn’t come forward, then they don’t deserve him. He’s a beautiful boy.

I pray his Family is worth finding — I hope they’re loving & caring & doing everything to find him.