Clay County, Texas – After spending the majority of her life without a family of her own, a dog named Jill has finally been adopted. Jill spent 10 years at the Clay County Animal Shelter in Henrietta after being taken in as a stray when she was just a year old. She attended multiple adoption events, to no avail, and in the absence of an owner, shelter staff eventually became her family. 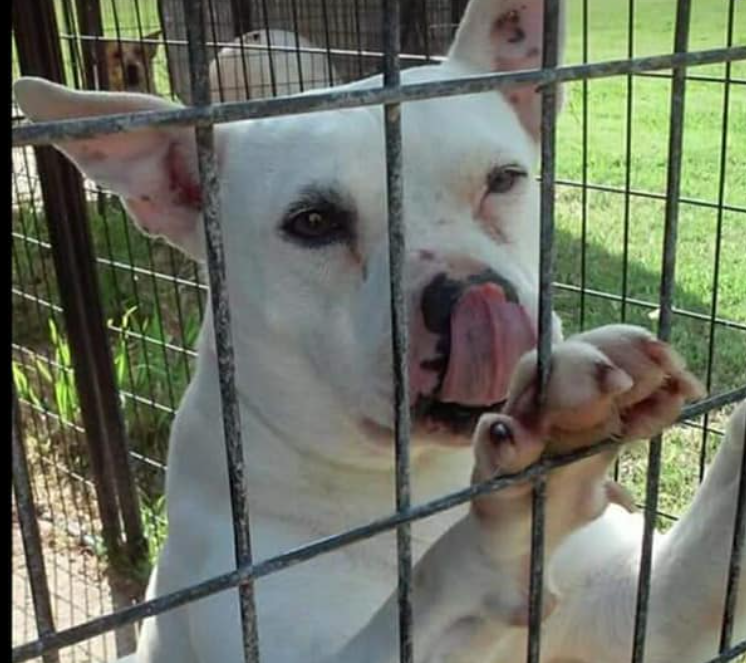 That all changed when Kellie Blassingame met and fell in love with the senior dog. Blassingame told KFDX News:

“All the other dogs were very sweet [Jill] just naturally gravitated towards me. I just knew that a lot of time, senior dogs don’t get adopted very often, so that was one of the main reasons I wanted to adopt an older dog.”

On July 4, Independence Day, Jill (now known as Jill Jellybean) walked out of the shelter and embarked on her new life as Blassingame’s beloved companion. 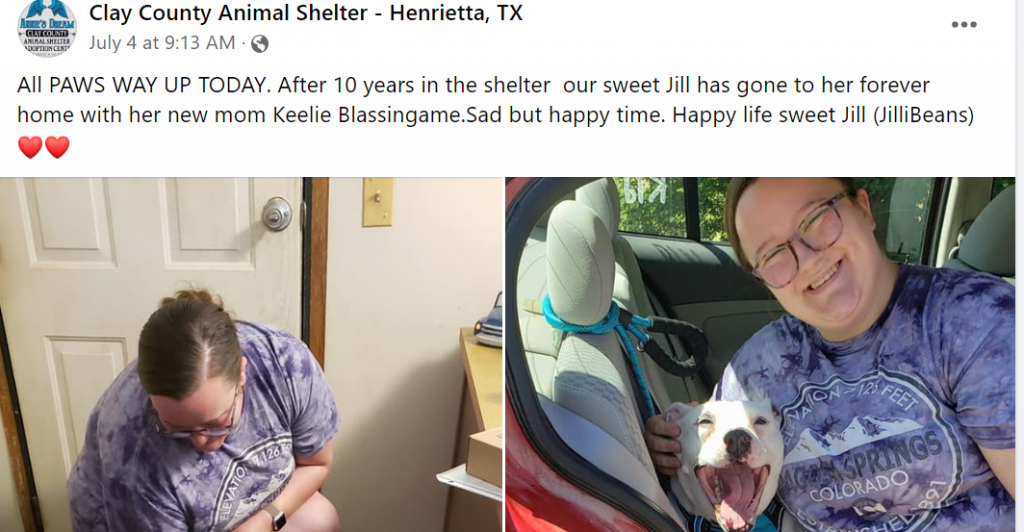