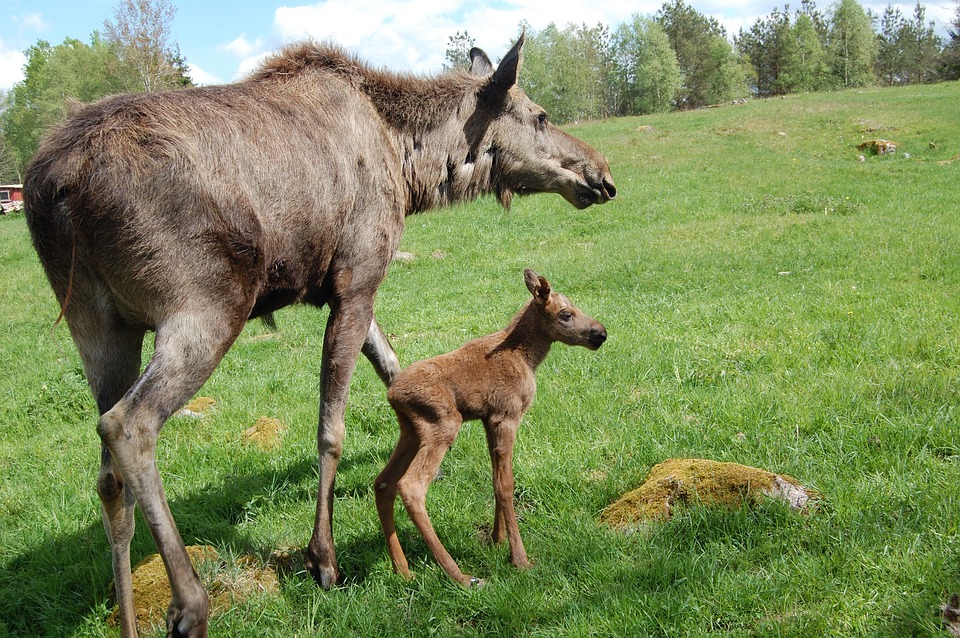 A moose, believed to be protecting her calves, recently attacked a 79-year-old woman who was walking a dog outside of a home in Glenwood Springs, Colorado. The terrifying incident happened on August 13 – according to a release from Colorado Parks & Wildlife, the woman had seen the moose with two calves earlier in the day, but thought that the family had left the area.

The attack happened around 9 p.m. the same night after the woman, who was pet-sitting, took the dog outside on leash.  A witness stated that the moose was stomping on the elderly woman, who was injured badly enough that she had to be airlifted from the initial hospital that she had been taken to.

“The incident occurred in an area of quality moose habitat and it is known that the moose frequent this area year-round. Our thoughts and prayers go out to the woman. This incident was no fault of her own. Conflicts with moose can happen, even when you follow best practices for living in moose habitat.”

“This likely was an incident of a cow protecting her calves. Since Friday night we have been talking with the local residents to educate them about living in moose habitat, the potential dangers associated with interacting with moose and actions they can take to minimize the risk of conflict.”

(Stock image of moose and calf via Pixabay)

I am sorry the woman was hurt but the cow was doing what I might have done if I thought someone was going to hurt my daughter when she was a baby. I used to compare myself to a mother bear but a mother moose would be just as accurate. I am happy that the moose will not be punished/killed for merely protecting her offspring.

why are human devils encroaching & trespassing in moose habitat? Moose has right to protect her family

Hopeful the lady makes a full recovery. Happy the Moose and her calves are safe. What about the dog?

I think because she had a dog with her could have been a problem if it barked. It is only natural she would attack if she felt threatened. Mothers protection the only way she knows. There should be signs posted in that area for people to be aware and stay clear when there are babies .

I’m sorry for the lady, but anyone with sense knows to steer clear of wild animals who have babies. Protection is ingrained in mommas.